This newspaper clipping from 1834 describes a "walking publican" who carried with him an "extraordinary quantity of rum" and the subsequent sale to the assigned servants (convicts) of the neighbouring stations on the Limestone Plains of present day Canberra. These sales of illicit spirits, having occured during the sheep shearing season, evoked "gross disobedience" from the convicts and prompted calls for the establishment of some form of governmental control...
The Sydney Gazette - 8 November 1834 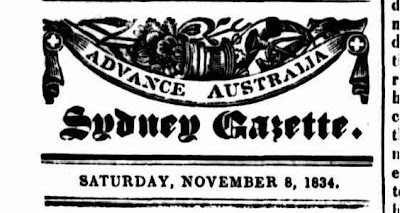 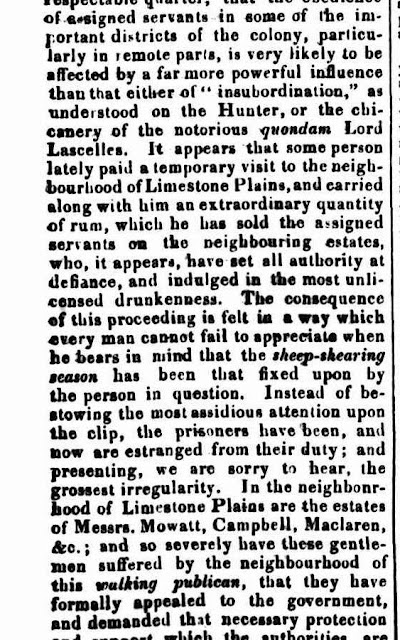 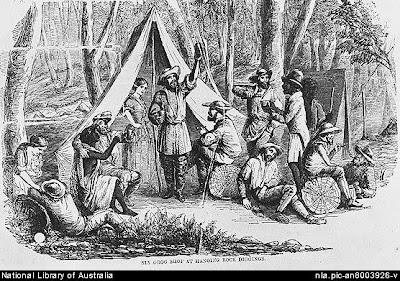 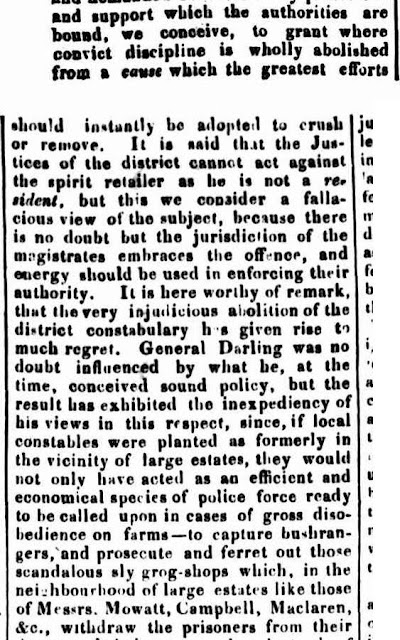