The video below is from the filmmaker Richard Snashall who interviews National Museum of Australia historian Matthew Higgins. Matthew has a tremendous knowledge of the ACT border, having walked almost the entire length of the Australian Capital Territory's border and having researched and written extensively on the subject. 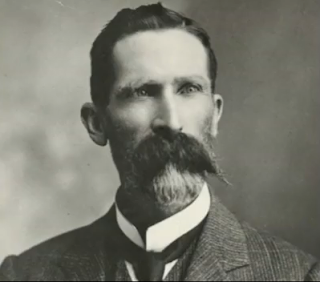 Charles Scrivener (1855-1923)(bio)
Before the video this newspaper clipping from The Canberra Times dated 4 June 1954 describes the conditions under which the first survey teams mapping the newly formed Federal Capital Territory had to operate in the very early 1900's. The article quotes Mr. Arthur Percival (1879-1964)(bio) former Commonwealth Surveyor-General whilst addressing the Canberra and District Historical Society. 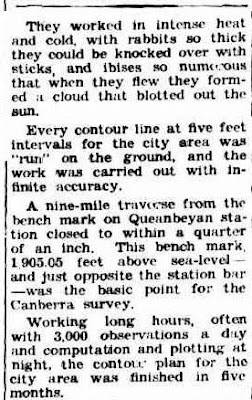