Today is the anniversary of the day that 70 years ago 13 people were killed in what became known as the Canberra air disaster (info). While approaching to land at Canberra on 13th of August 1940 a Lockheed Hudson bomber A16-97 carrying VIPs stalled and crashed into low hills beside the airfield. 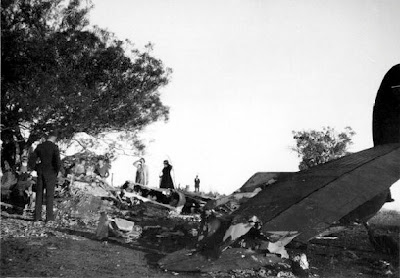 Although rumours immediately began circulating that Fairbairn (himself a civil pilot) may have been at the controls of the Hudson while on its fatal approach, a Judicial Court of Inquiry into the accident found no evidence to support such claims. Instead, the inquiry issued a warning to RAAF pilots regarding the stalling characteristics of the Hudson when the aircraft’s speed was allowed to drop too far.