The 1920s saw considerable progress in establishing Canberra as a city, with particular attention being paid to building the new Provisional Parliament House and it's grand opening by the The Duke and Duchess of York.

Late in the day of 9 March 1927 the Duke planted an English Oak (Quercus robur) and a Bunya Pine (Araucaria bidwillii) on either side of Federal Avenue (now Kings Avenue) near the corner with Capital Circle (now State Circle), as the initial plantings of Coppice (info) No. 5. 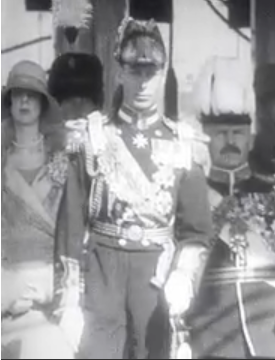 HRH The Duke of York - Canberra 1927
In 1931 the Commonwealth Government made available funding to plant 74 additional trees on the 1.7 hectare (4 acre) site. To provide relief work for the unemployed during the Great Depression and complete the planting of the coppice the government utilised Sustenance Workers to complete the project.

Sustenance workers were men during the Great Depression (info) who were required to labour on government projects in order to receive sustenance (principally food rations). Today the plantation of 75 mature English Oak trees is laid out in a regular grid with the trees spaced 12.19 metres (40 foot) apart at the base of Capital Hill. 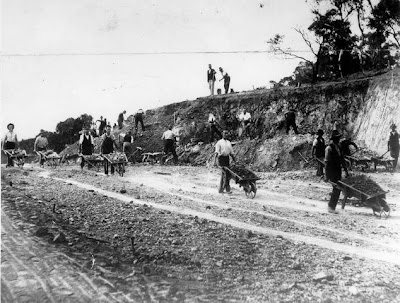 Sustenance Workers
The National Capital Authority is currently upgrading the park. Installation of low-height perimeter walls, directional paths and associated landscape works are being built to protect the heritage listed plantation. The surrounding walls are being constructed of stone sourced from nearby Wee Jasper in NSW. 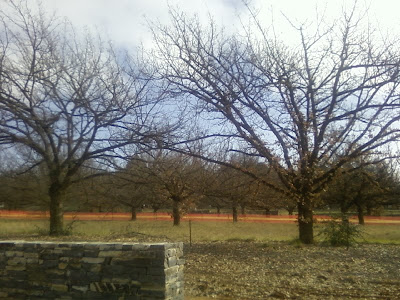 The new improved park is set to re-open to the public in mid 2010. The National Capital Authority's upgrade information is (here).
View Larger Map