Nestled into the Village of Tharwa in the Australian Capital Territory is the original Tharwa community's primary school. The school opened four years after the opening of the Tharwa Bridge (post here) in 1899  and was funded and constructed by the local community. This weatherboard clad collection of buildings had, like many of the first constructions of the area, the humble beginning as a slab (post here) building before evolving over the years into what it is today. 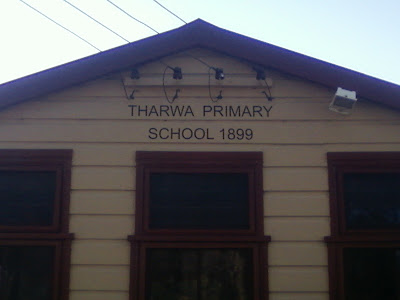 The school was at first constructed on a floor comprising of stone slabs. The building proper was created by erecting vertical split-slabs of timber as the walls and topped off with a corrugated iron roof. The cold winters were warded off with a fireplace and the school was also insulated on it's exterior walls and ceiling with hessian and paper. 25 years after opening the school's roll-call numbered 20 students and a 1926 report on the school noted the teacher as being Mr. L. Britt who was new at the school having only been there a few months at the time. 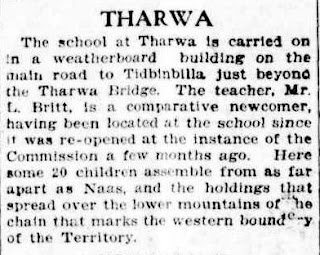 
The school over the next 40 years expanded to the point where in the 1940's it serviced not only the Tharwa Village but also the nearby villages of Lanyon, Cuppacumbalong, and the Booroomba and Nass Valleys as well. 1950 saw the Village connected to the main power supply for Canberra and the school benefited with the then available modern appliances of the 20th century. The school was to acquire a "talkie" (info) projector!
The Canberra Times - 23 November 1950 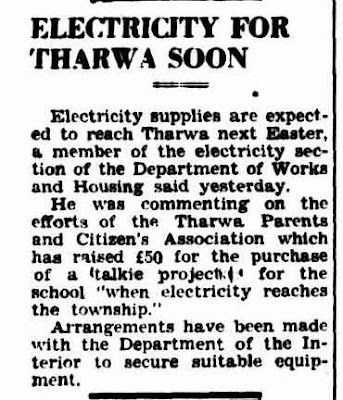 National Library of Australia (here)
In 1948 there were 37 pupils enrolled. The building was enlarged and renovations undertaken to accommodate the larger number of students. Additional windows were installed to provide better ventilation and to allow more light into the classroom. The chimney was removed, a bike shed was constructed and two "Warmray" heaters were installed to replace the fireplace's warmth. 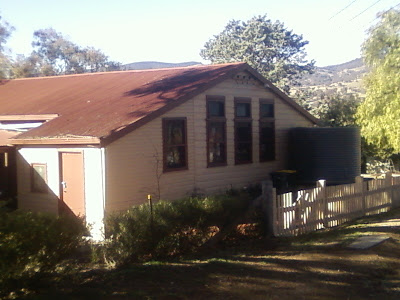 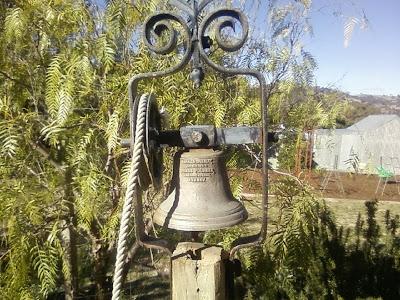 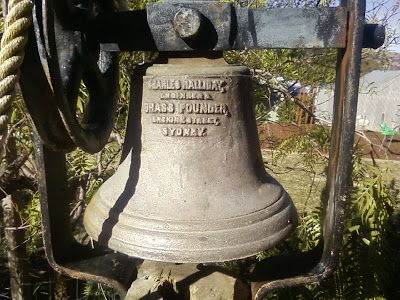 In conclusion the ACT Government budget of 2006-7 (info) announced its plans to close the Tharwa preschool and primary school. Despite attempts by the Tharwa community to avert the closing of their local school the ACT Government closed it down in December 2006 after a 107 year history of educating the residents of the Tharwa and regional community.