The "Old Canberra House" complex in the Australian National University precinct of Acton was constructed between October 1912 and December 1913 and today consists of the white rendered, red tiled house, the chauffeur's cottage, gardener's cottage, garden shed, tennis pavilion and court. The buildings were commissioned by King O'Malley (1858?-1953)(bio), the Federal Minister for Home Affairs, and the house was designed by John Smith Murdoch (1862-1945)(bio), the Commonwealth of Australia's first architect. 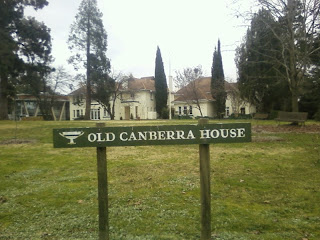 Originally built as the Residence for the Administrator of the new Australian Federal Territory, Colonel David Miller (1857-1934)(bio), the building was the first substantial brick house constructed in the Australian Federal Territory. Miller resided at the house until a Royal Commission on the development of the Capital instigated his retirement in 1917. Thomas 'Charles' Weston (1866-1935)(bio), Canberra's first horticulturist planned and planted the gardens in 1914. 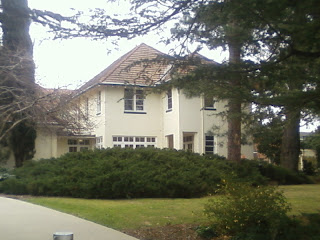 The Federal Capital Advisory Committee and the Federal Capital Commission operated from the house from 1921 to 1930. All architecture, town planning, engineering, water, sewerage reticulation systems, electricity
supply, formation of roads, avenues, parks and gardens and departmental administration for the new city of Canberra emanated from Old Canberra House. 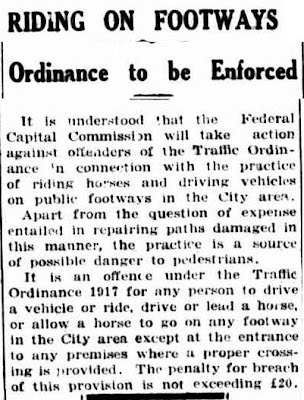 The Canberra Times - 10 July 1929
Clipping National library of Australia (here)
Charles Weston planned and planted much of the garden and many of the trees had been planted over time by 'quite famous hands' including Prime Minister William Morris (Billy) Hughes (1862-1952)(bio), the Prince of Wales, the Duke and Duchess of York and Lady Denman. 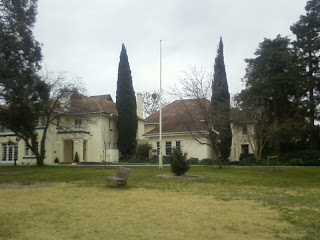 From 1931 to 1952 the buildings were occupied by the British High Commission, who were in residence from 1936 to 1952. Extensive alterations were undertaken in 1935 including an L-shaped drawing room, an enlarged dining room, addition of a study . A  weatherboard chauffeur's cottage was built in October 1938. The Australian national University took over the building naming it Old Canberra House and in 1956 the building was leased to the Commonwealth Club (website here). In 1966 the ANU Staff Centre opened utilising the bar, catering and providing temporary accommodation to University guests in the bedrooms.