The following article from the Canberra Times reports on the John Howard Lidgett Cumpston (1880-1954)(bio), first director-general of the Australian Department of Health, administrator, reformer, analyst and historian's address to the Canberra and District Historical Society in 1954. He discusses the explorations that touched the land's of the Goulburn, Yass and Limestone Plains (present day Canberra). He discusses famous explorers such as:
All these men were striving to secure routes to new and fertile lands past the mountainous barriers around Sydney. Cumpston discusses the search for a route to Jervis Bay (post here) the Australian Capital's sea-port, a report of Aboriginal cannibalism and the earliest development of the southern regions to provide food for a starving Colony in Sydney. He also indicates that both Sturt and Eyre were granted land on the Molonglo Plains... 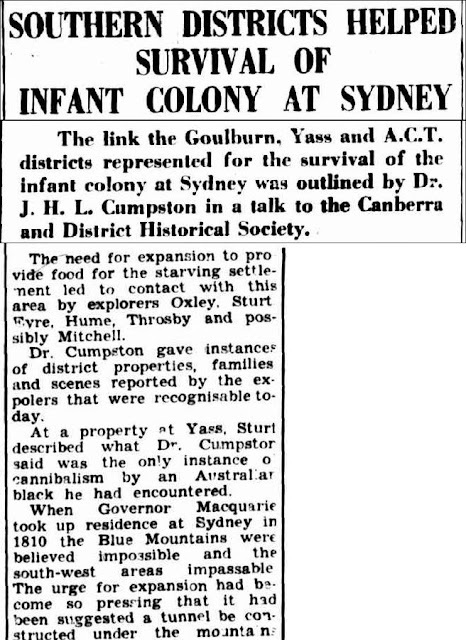 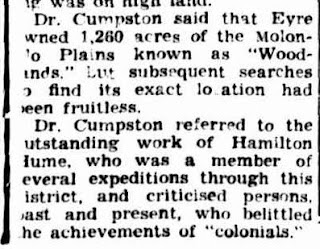