The Ginninderra Public School house and residence is one of the earliest extant (surviving) buildings in the ACT. The school building and attached residence were built between 1883 and 1884 as the districts first substantial stone educational facility. The building was constructed of squared rubble stone with red brick trims, wooden floorboards and a corrugated  iron roof. From the early photographs it appears the school maintained an enrollment of around 25 pupils. 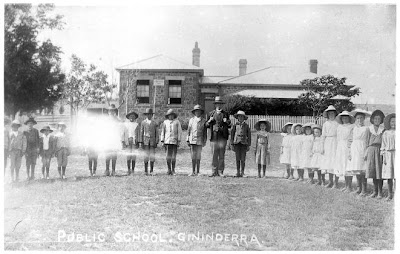 Image Archives ACT (here)
Charles William Thompson (1868-1948) started his teaching career in the Nass Valley school in today's Australian Capital Territory circa 1883 and came to Ginninderra in 1886. By 1895 the school was beginning to decline in attendances and in 1911 the school was operating half-time and was closed following the opening of the new school in the nearby village of Hall, where most of the pupils lived. 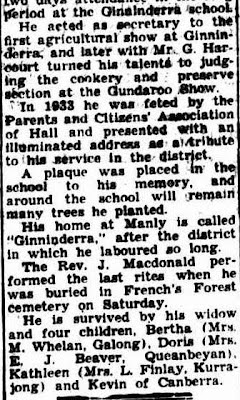 The Canberra Times - 18 December 1948
Clipping National Library of Australia (here)
In 1962, with the retirement of the local postmaster, Richard O’Sullivan, the last of the Ginninderra Village buildings, the post office and with it the Ginninderra Public School permanently closed. The Building was then used for storage, later as a museum and, more recently, as a retail outlet associated with the Gold Creek Village tourist complex.

There is an excellent read with old photographs and documents at Archives ACT (here) and some photos and a map below. 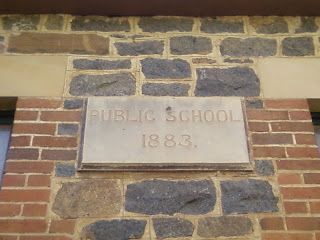 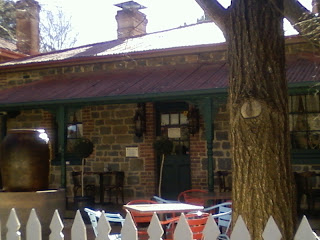 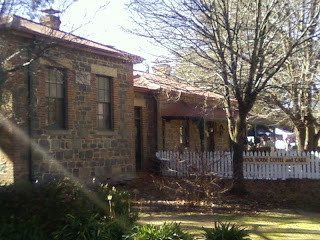 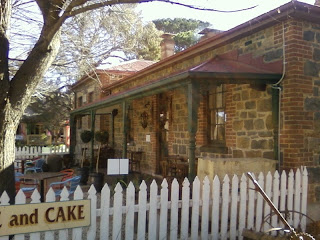 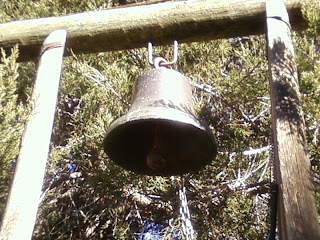