FOR THE KING THE LAW AND THE MOB

In 1927 the Commonwealth Department of Defence requested a Coat of Arms for the newly commissioned Australian warship the HMAS Canberra. The Commonwealth Department of Home Affairs and Territories announced a competition to design a coat of arms for both the City of Canberra and the Federal Capital Commission.
The Canberra Times - 9 September 1927 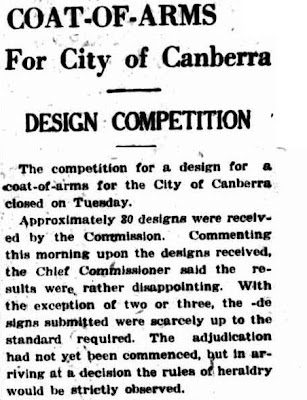 National Library of Australia (here)
Around thirty entries were received with only a few being deemed suitable as there seemed to be some confusion by contestants as to whether the arms were for the city of Canberra or for Australia. The coat of arms submitted by Mr. C. R. Wylie was eventually selected in April 1928 with the design being picked primarily for it's heraldic qualities that were a competition requirement of the FCC. The design was then sent to the College of Arms in London for approval.
The winning proposal for the City of Canberra Coat of Arms - 1929 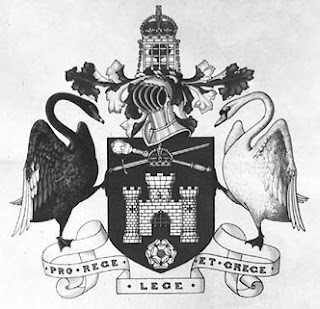 Image National Archives (here)
A Royal Warrant for the arms was issued on the 8th of October 1928 and the coat of arms and a crest were officially granted on 7 November 1928. The various heraldic features for the arms are as follows:
"For the King, the Law and the People" the motto on Canberra's Coat of Arms, is the English translation of the official Latin "Pro Rege, Lege et Grege" which literally translates as "For the King the Law and the mob". The Latin was used by the Federal Capital Commission until the the translation was reported in 1935 and the more appropriate English translation was un-officially adopted. 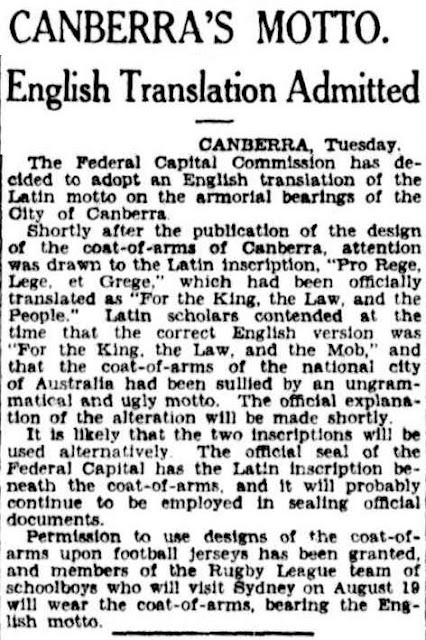 National Library of Australia (here)
Online translators suggest that "For the King, the Law and the People" to Latin should read - "Pro Rex Lex Quod Populus" - Pro (for) Rex(King) Lex(Law) quod(and) Populus(People).
The following is an article from the Brisbane Courier newspaper dated 30 April 1929 which explains the Canberra coat of arms structure and symbolism. When describing the black and white swans supporting the crest there is a mention of the White Australia Policy that was in force in the early 20th century. Was this Mr. Wylie, the designer's sentiment of reconciliation? (info). I don't know, it is however a good description of the coat of arms.

"The supporters on either side consist of two swans, one white, one black, which according to reports of the day "suggests the White Australia policy, and the associating of the white race with the original black race"... 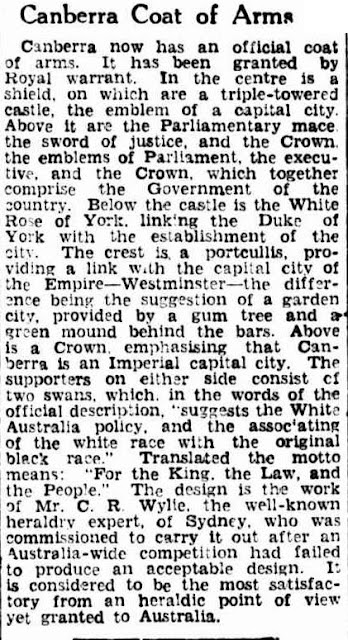