In this second video below from "The Stakeout of Canberra" the filmmaker Spinningreel meets descendants of the Ngunnawal / Ngambri Aboriginal tribe, the first people of today's Australian Capital Territory. The video discusses what happened to the large local tribe upon European settlement, what the environment was like that the people lived in and educating people today about Aboriginal culture as we approach Canberra's centenary celebrations in 2013. 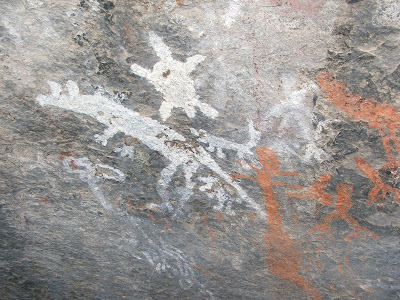 Yankee Hat Aboriginal Rock Art - Namadji National Park - ACT
Before the video is a newspaper clipping from The Sydney Morning Herald dated 11 June 1927 where a man named Samuel Shumack, having first arrived on the Limestone Plains in 1856, describes reminiscences of the "Canberra Blacks" in the 19th century as relayed to him by John Patrick Cunningham, who had first come to the area in 1823... 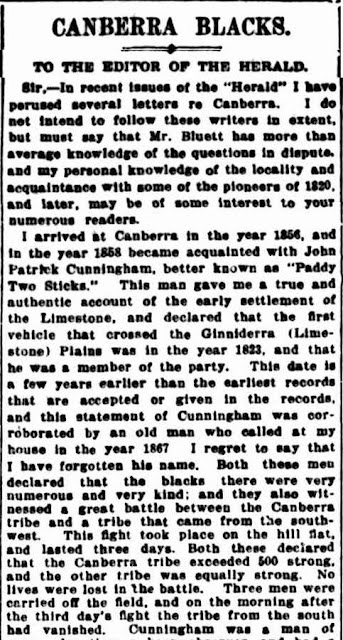 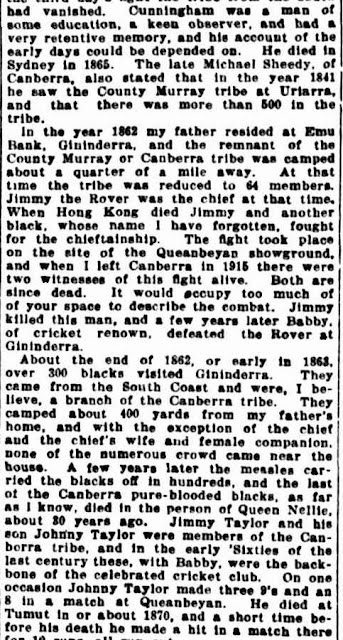 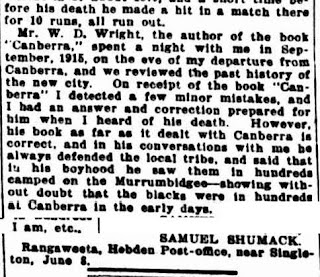