A CALL FOR MOUNTED POLICE

Bushranging by escaped convicts on the limestone plains of present day Canberra was an emerging problem in the early days of settlement exasperated by the lack of permanent government authority. The southern plains of the colony of New South Wales were effectively law-less. 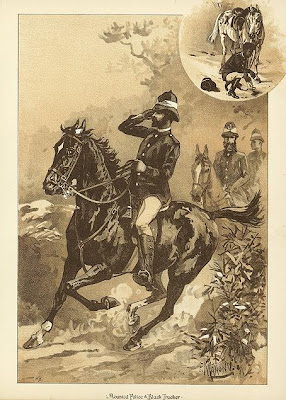 From one interested in the welfare of the southern districts came a call for mounted police to be stationed nearby to protect the "respectable settlers" of the Limestone Plains. This newspaper article from the Sydney Herald dated 29 September 1834 laments the fact that settlers had to report bushranger activity in the area to the government authorities in either Goulburn or Inverary Park, Bungonia, both being over 50 miles(90 km) distant... 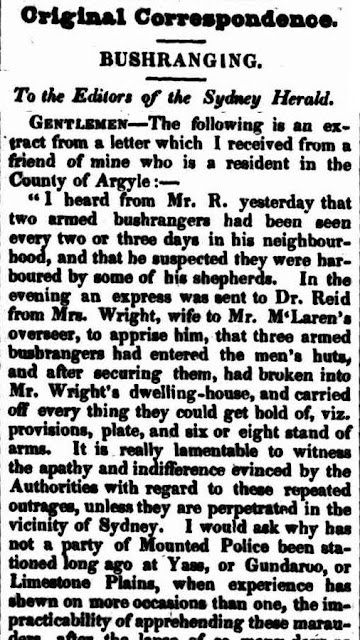 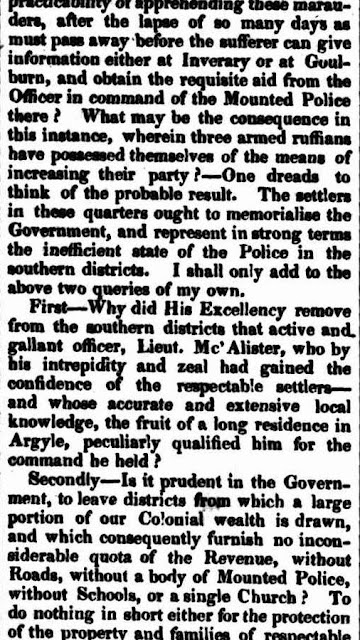 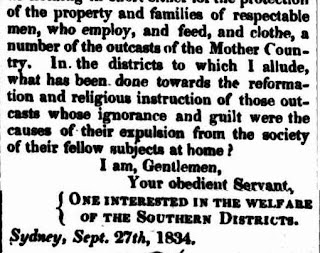