I can't stress enough the vivid plethora of Aboriginal archaeology, both living and tangible, that exists in the Australian Capital Territory. Evidence of consistent Aboriginal occupation of the "Limestone Plains", "Isabella's Plains" and "Ginninderra Plains" of modern day Canberra abound everywhere. The landscape is dotted with tree's scarred by the original inhabitants from 100-700 years ago.

These scars were made by the purposeful removal of bark to be used in the manufacture of canoes, coolamons (vessles), and warriors shields. This removal of bark does not kill the tree but does leave the inner "heartwood face" exposed and the area subsequently dies leaving a distinctive "scar" as the outer bark of the tree over the following centuries tries to "cover" the wound. My page Scarred trees is (here). 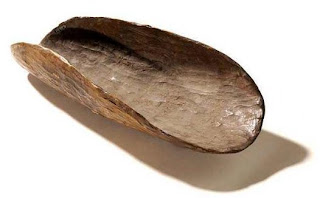 Image Australian museum (here)
There are two reported sites of Aboriginal grinding grooves located in Canberra, one on the Tuggeranong Creek in Theodore (post here) and the other on the Ginninderra Creek in Latham (post here). Grinding grooves were formed by the grinding of one stone against another surface of stone. The grinding of stone into axe heads, other sharp implements and the grinding of seeds and moths over generations form uniform depressions in the base rock. Some are "bowl" like and can hold water for the grinding process and some are long pointed depressions from a different process. 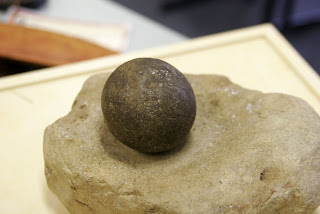 The procurement of yet more stone tools was accomplished at established quarry sites (post here) where the unique geology provided a source of stone for other tools such as cutting and scrapping implements. The quarried stone would possibly have formed the basis for a stone implement economy as the known location of aboriginal quarry sites is limited. Stone implement "artifact scatters" have been and continue to be recorded all over the ACT region. 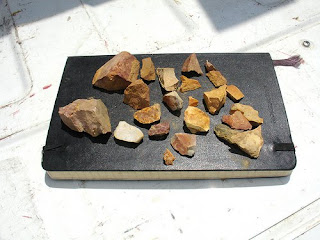 Below is a compilation of images I have collected in the past 3 months of living and stone artifacts of the first inhabitants of the Australian Capital Territory. The video has a background didgeridoo composition called Aboriginal Song.