Government Surveyor Charles Scrivener's survey work of 1908 provided in 1911 the landscape for the new city of Canberra in the Australian Capital Territory. 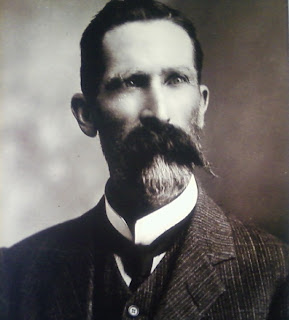 Charles Scrivener (1859-1923)(bio here)(post here)
His contour survey map provided the basis for the formulation of an ornamental lake for the new city. The competition for the design of the new Federal Capital was won by the American landscape architect Walter Burley Griffin (bio here) who at first proposed a two-tier lake with the west basin being several meters below the east basin. 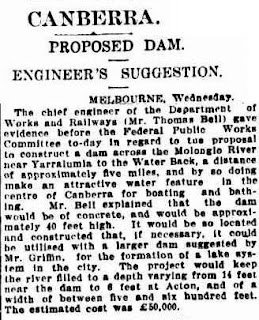 The Sydney Morning Herald  - 27 August 1925
Clipping NLA (here)
The Great Depression of the 1930's (info here) and World War II (info here) that followed prevented construction of the proposed dam and it wasn't until the 1950's that substantial development of Burley Griffin's lake re-commenced. His two-tiered proposal was eventually rejected with a single level ornamental and recreational lake  formed by the construction of a single dam. 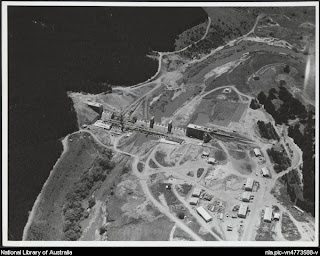 Construction of Scrivener Dam 1963? Image NLA (here)
In 1963 construction commenced on a 36m high, 71m long concrete gravity dam (info here) to block the flow of the Molonglo River below black mountain near 'Yarralumla', the Governor General's residence (post here). The dam is complete with five 32m X 5m steel flap gates to allow for high discharge during flood events
and allow for the flow of built-up river silt at such times. 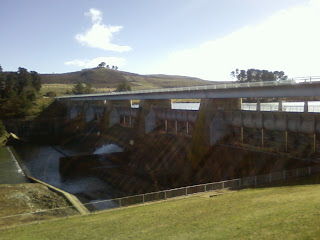 The dam was completed in 1964 and named after Scrivener. A fitting monument to the man who first suggested the region as the most suitable for the new Australian Federal Territory. The dam's purpose is to form the famous recreational water feature known today as 'Lake Burley Griffin' by effectively filling the floodplains of the Molonglo River on the 'Limestone Plains'. 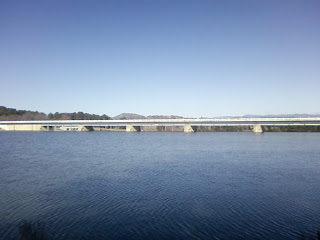 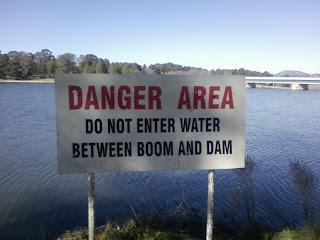