Etched into the landscape and running east-west across the Mulligans Flat Nature Reserve in northern Canberra is the remnant of a circa 1800 colonial coach road.

In a time when established roadways were often no more than a track the Old Coach Road which traveled between the early rural settlements of the area (Canberra/Queanbeyan) and Sydney via Bungendore, was a godsend for the local homesteaders and for the provision of their goods and services. The road was first surveyed in 1880 and completed in 1886. Before this completion date the road had already become an important thoroughfare. The Coach road had become an active thoroughfare as coaches, drays and carriages jostled along past each other. The road was important not only as a route for coaches, produce and mail but also to the average traveller, local magistrate and clergyman. 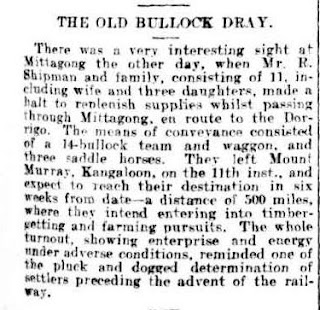 This importance of the Coach Road intensified when the railway was extended to Bungendore in 1885 greatly increasing traffic by bullock drays carting goods and produce as well as the conveyance of travellers, salesmen and settlers.

One traveller described the experience: 'It was quite lively... what with the whole of the travelling public, including such a large number of carriers with hundreds of horses and working bullocks, and bells by hundreds tinkling, from the deep note of the bullfrog to the little sheep tinkle'

and yet another traveller commented: '...nothing but a bush track, with no bridges over the water courses.'

This was a dramatic time until the railhead reached Queanbeyan in 1887 and the road was allowed to fall into disrepair. The surviving section of the 'Old Coach Road' runs 1.9 kilometers (1.3 miles) to the Australian Capital Territory - New South Wales border and is well defined by mature eucalyptus trees on either side.

A gallery of pictures and map: 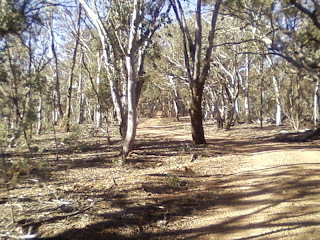 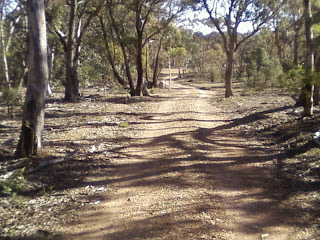 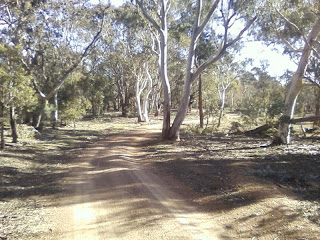