Another couple of theories on the origin of the Australian Capital's name. The first one from Mr Slater in 1931 basically attests to the word 'Canberra' being Gaelic and gives an explanation as to why it is so and the second from Mr Percival theorises that Canberra was named after a small tree that grew in the area, a small tree with red berries that apparently resembled a cranberry... 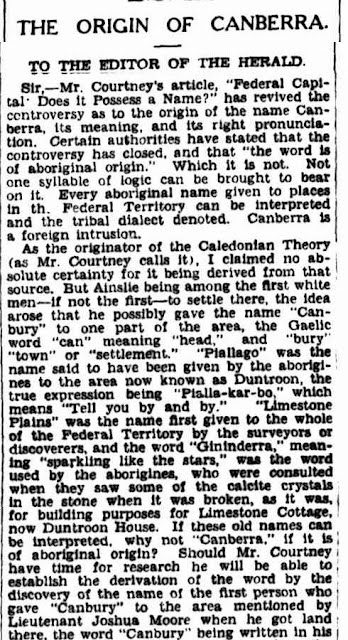 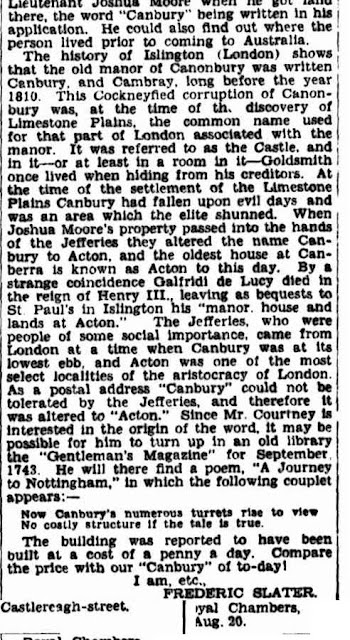 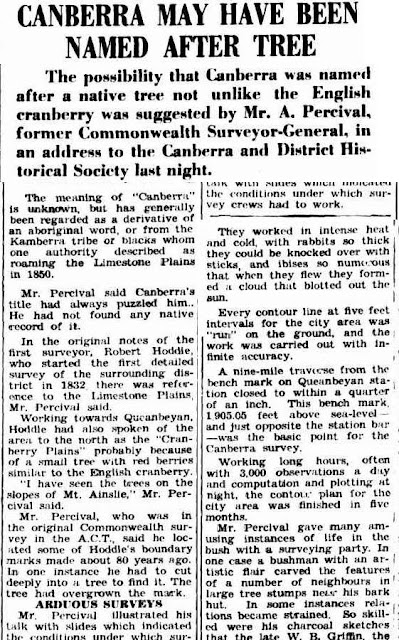