Another early squatter in today's Australian Capital Territory was a man named James Taylor who, with his partner Robert Johnson established a 'sheep run' on the Molonglo River before 1827. Mount Taylor in the Woden Valley (post here) and Weston Creek area's now bears the name of the early squatter James Taylor. More is known about Johnston than Taylor but one would assume as pastoral partners their situations would be similar.

Johnston came from a privileged background being the son-in-law of Colonel George Johnston (1764 - 1823)(bio here) the commander of the New South Wales Corps (info here). He had land at Lake George as well as the Limestone Plains and was involved in a criminal case against some of his convicts. 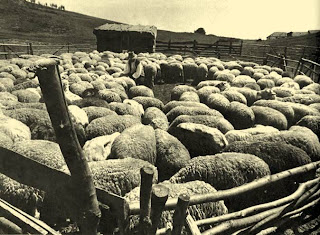 It appears that the squatters Taylor and Johnston and their flocks (post here) in the early days of the 'Limestone plains' were transient. They moved from area to area with no boundarys apart from those dictated by the shepherd and they built no substantial dwellings. Taylor and Johnston maintained two bark huts near each other on the 'big bend' in the river in Canberra's new suburbs of 'Molonglo Valley'. The area at the time of this pastoral enterprise was still known as the 'Limestone Plains'. 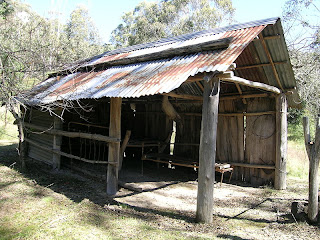 Johnston stated that he was ‘only there permissively’. He had applied to rent it, but was ineligible and that the land was now lying on a grant given to his brother-in-law, Captain George Edward Nicholas Weston (bio here) ‘we removed our stations from time to time, and leave the huts which we may have erected behind us’. The station was not permanent and the hut was only used for temporary accommodation and for storage purposes. Johnston lived in the hut about once a year when visiting the station otherwise the overseer lived in it.

Johnston and Taylor's pastoral pursuits were assisted by convicts assigned to them as ‘watchman over the sheep’. In 1831 these same convicts performed Canberra's first 'break and enter' when they removed a slab of bark near the door of the padlocked hut and stole:

'a detonating gun, a quantity of wearing apparel, several bags of flour, a frying pan, gun-powder, shot, spirits, and six pairs of duck ‘trowsers’ amongst other items belonging to their employer and overseer'. 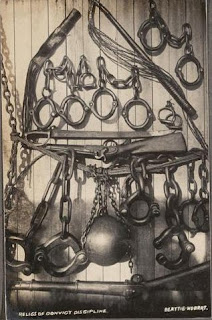 They faced court on 10 February 1832 at the Supreme Court in Sydney, where they faced a charge of breaking and entering a dwelling-house of Robert Johnston, Esq., at the Limestone Plains.

I don't know what became of them...