The large tract of suburbia that is Isabella Plains in the modern day Canberra's satellite town of Tuggeranong was upon initial European discovery known as Isabella's Plain. The Governor of the Colony of New South Wales at the time of the area now known as the Australian Territory's discovery was Sir Thomas Brisbane (1773-1860)(bio here).

Before the discovery of 'Isabella's Plain' there had been three expeditions to the area, each inching closer to the Murrumbidgee River and 'the Manaroo' (Monaro)(post here), Throsby's expedition to Lake George, Throsby-Smith (Thosby's nephew) who opened up the 'Gunderoo Plains' and Kearns' discovery of the junction of the Molonglo and Queanbeyan Rivers (Queanbeyan).

Throsby-Smith on his expedition, as he surveyed the Gunderoo Plain recorded 'It is the finest country ‘as ever was seen' and on Kearns' that the ‘Friday Plains’ were the 'finest plains they had seen, a beautiful stock run for both winter and summer'. 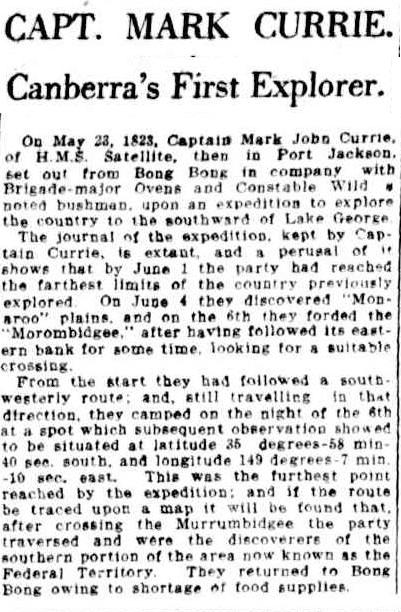 After arriving at the southern end of Lake George (where Wild had been before) they moved south-south east before heading west. They traversed the Limestone Plains (present Day Canberra) and traveled through 'fine forest country' until they emerged onto the sprawling Tuggeranong plain,which Ovens named 'Isabella's Plain'. 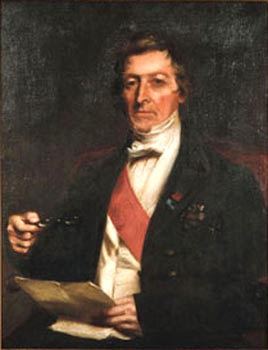 Portrait of Governor Brisbane by Augustus Earle
NLA TROVE (here)
Isabella Maria Brisbane (1821-1849) was the infant daughter of the Colony's Governor, Brisbane. Ovens and Currie went on to discover the Manaroo (Monaro) which they named, unsurprisingly, and seeking favour perhaps, 'Brisbane Downs' after the Governor. The party then returned to the colony when they ran out of supplies. 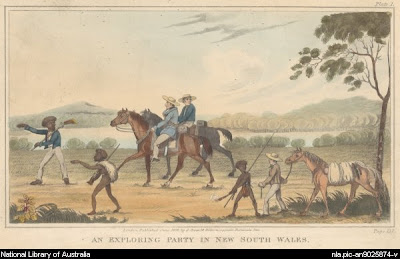 An exploring party in New South Wales 182?
Image NLA (here)
A small area of Isabella's Plain is now the residential suburb of Isabella Plains in modern day Canberra with the majority having been renamed Tuggeranong by the first settlers as the plain was stocked with livestock. Tuggeranong Homestead (post here) is directly across the road from the suburb. 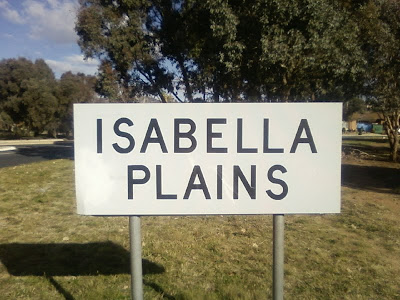 Map of Isabella: Note Tuggeranong Homestead on the right..