A beautiful old building tucked away at the back of Yarralumla in the Australian Capital Territory at the side of the Governor General's residence 'Yarralumla', and set with Westbourne woods as a backdrop. The Commonwealth Forestry School was established in Westridge (post here) near Westbourne Woods (post here) in 1926. Students came from every state in Australia and studied to become the leading horticulturists in the establishment of forestry projects Australia wide in the 1930's. 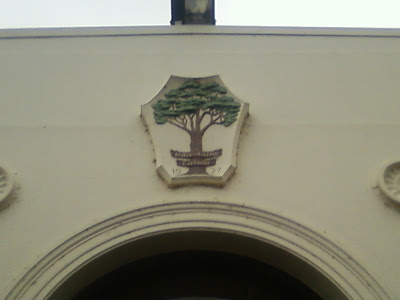 The forestry school was first proposed at the inaugural Interstate Forestry Conference in 1911, and accepted at a Premiers’ Conference in 1920.   Federal Cabinet approved the school in 1925, and agreed that it should be established in Canberra to take advantage of Charles Weston’s (post here) pioneering research on tree species, especially conifers. In 1926 construction started.

The Forestry school opened with its first intake of students in 1927. Students lived in lined 'cubicles' with 3 houses set up as recreation, mess halls and ablutions. The school's course consisted of comprehensive academic study with practical work in the arboretum, Yarralumla Nursery and the ACT's surrounding forests. The school (course) was moved to the Australian National University in the 1950's. 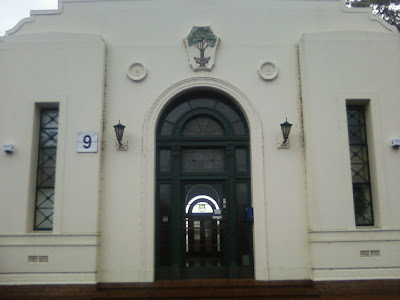 The main school building was designed in Stripped Classical style by JH Kirkpatrick assisted by HM Rolland who built Canberra's first homes (post here) Central to the main building is a magnificent domed octagonal hall furnished with beautiful Australian timbers donated by Tasmania, Victoria, NSW and South Australia for the panelling, flooring, and ribs of the dome. 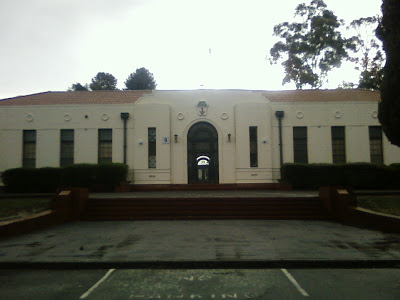 In 1975 the site became the Commonwealth's center for forestry and timber research in Australia (CSIRO). There is more comprehensive information at the ACT Library's website (here) and the Forestry School Buildings are heritage listed.