Mount Ainslie and the Canberra suburb of Ainslie are namesakes of James Ainslie a Scottish pastoralist. He was the first overseer of the property known as 'Duntroon' (here) in todays Australian Capital Territory. I cannot find a birth or death date for him.

The only dates I can find relate to those of the Duntroon Estate, that being the property was established in 1825 by Robert Campbell's shephard James Ainlie. Robert Cambell did not reside on the Property for some years after it's establishment by Ainslie. 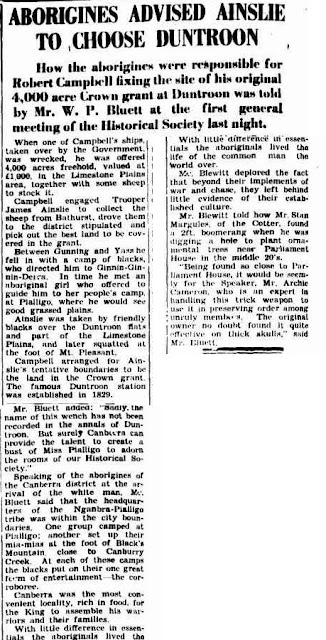 The Canberra Times, 30 April 1954 - Click to enlarge
In a twelve year period Ainslie increased the size of the Duntroon Estate sheep flock from 700 to 20,000. He is reported to have lived in a relationship with an Aboriginal woman and that she bore him a daughter called 'Nanny'. Around 1835, following his years at Duntroon he returned to Scotland. His activities after this date are unknown.

Today Mount Ainslie, in my opinion overlooks one of the most magnificent panorama's in the world. From this vantage point one can see the whole of what I call 'old' Canberra. Walter Burley Griffin's plan for the new city of Canberra is laid out before you, Lake Burley Griffin, Anzac Parade, Parliament House(s), the avenues, the circles, all intertwined within a green garden... 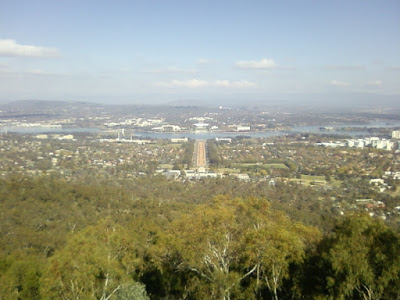 The lookout on top of Mount Ainsley has a rotating aircraft beacon on the summit which stands 842 metres above sea level. A plaque attached at the base says that the beacon's white and green lights are viewable by aircraft heading south as they leave Sydney. 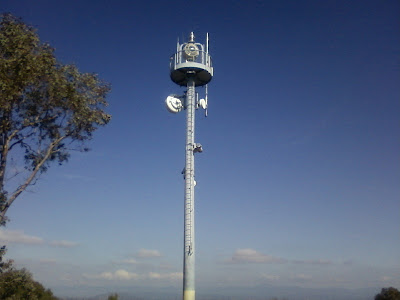 Behind the Australian War Memorial at the western base of Mount Ainslie starts a well maintained walking track. The trail has a number of plaques commemorating the battles fought on the Kokoda Track in Papua New Guinea as you walk along. What I found most interesting on the track was a turn to the left (signposted Aboriginal Plaque) and a 70 meter walk. I can't find any government reference to it's origin. 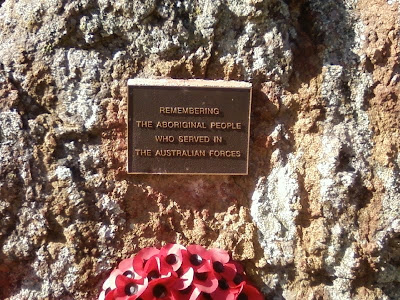 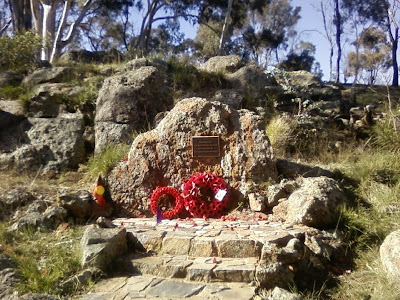 Mount Ainslie is accessible by road and walking trails and is a part of the Canberra Nature Park system.