West of Canberra city is the Molonglo Valley.

Aboriginal people were in the ACT region by twenty-thousand years ago.  Radio-carbon dates from Tidbinbilla have shown people using a rock shelter and using cooking fires from that time. Aboriginal people used the valley extensively right up to the recent past. Stone artefact scatters are found throughout the valley. Artefacts were made from locally occurring rock sources and some could date back from several thousand years ago. Unfortunately extensive archaeological assessment has not been done. 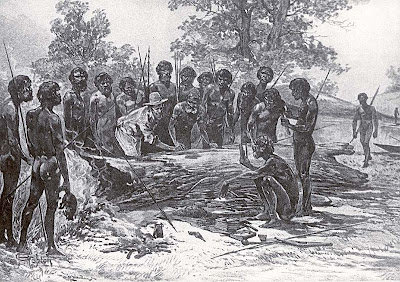 Image Wikipedia (here)
The grasslands and the open Eucalypt forests were maintained by aboriginal burning practices.  It was this landscape that settlers and farmers so desired in the 1820s.  The Aboriginal people were soon displaced. The lands were cleared of trees and food crops planted.  Sheep and cattle were introduced to the valley.  It is a rich agricultural area with many properties of ACT's rural history still operating:  (eg) Huntly, Fairlight, Brookvale, Woodstock, Uriarra, Sherwood and Springvale.

"The ACT National Trust has the Molonglo Valley (or Uriarra Valley) classified as a cultural landscape still showing all the elements of its past formation and human use. But within the next decade or so the valley will undergo another change. The ACT Government has earmarked the Molonglo Valley as the next town and residential centre for the growing population of Canberra. What will happen to these traces of the past as road networks and large and medium density housing blocks begin to replace the open fields? It is up to the National Trust and its members – you and I - to make sure that we can still understand the long history of the Molonglo Valley and preserve the forensic traces of its evolution." 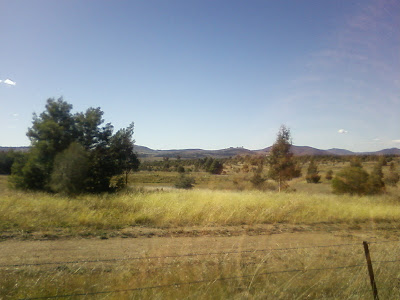 A view from Weston Creek

Email ThisBlogThis!Share to TwitterShare to FacebookShare to Pinterest
Labels: molonglo