I recently relented and joined my school's 'Old Boy's' Association after 29 years absence from 'Old Boy's' college life. My newly acquired status as an 'Old Boy' has led me to write a brief history of my childhood school in Canberra. Marist College's history in Canberra is relatively modern (1968) but it's roots lead back 120 years.

The background of Marist Brothers schools originate with the Founder of Marist education and of the Marist Brothers, Saint Marcellin Champagnat (1789-1840) (bio here). He established 47 schools, work was continued by his Marist  Brothers in 50 countries.

History of the school

The first Marist school in Australia began in Sydney in 1872 and others were founded in quick succession in all the mainland States. Marist College Canberra's history began at the Rocks in Sydney in 1875. At the time even primary schooling made one well educated. In 1887 the school moved to St Mary's Cathedral. In 1910 the school was run down and the Brothers decided to construct new buildings at Darlinghurst and the school moved there.

The school prospered until the changing demographics by the 1960s initiated it's closure. At the same time the National Capital needed Catholic schools. The decision was taken to sell the property and to use the proceeds to transfer the school to Canberra.

Marist Canberra primary began in 1968. In 1973 the main secondary school began. Marist is now one of the largest schools in the ACT. In Canberra a 'Marist' education is highly regarded and highly sought after. Marist College has a long complex history in it's beginnings 120 years ago right up to the schools Canberra connection of over 35 years. 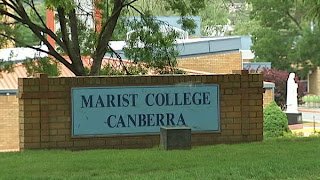 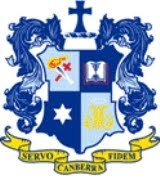 At school our motto was ;