Duntroon House is the oldest residence in Canberra and has been included as part of the National Estate by the Australian Heritage Commission.

The Duntroon Estate was a large sheep station on the Limestone Plains. Duntroon House, the family home of the estate, is now part of the Royal Military College. The property was established in 1825 by Robert Campbell 1769 - 1846 (bio here), who also built St John's Church and Schoolhouse. At that stage it was one of only six properties in the area. Robert Campbell, a Sydney merchant, was awarded the original grant of 4000 acres, known as 'Pialaga' or 'Pialligo'.

Campbell had his shepherd James Ainslie (bio here) (Mount Ainsley was named after him) settle there in 1825. In 1833, Campbell ordered construction of a homestead. This structure known as 'Limestone Cottage', was built overlooking the Molonglo River. Built of local stone by convict and other stonemasons from Sydney. The Campbells established an outstation at Mugga Mugga and St.John's Church and Schoolhouse. Robert Campbell died in the gardens of his house in 1846, the same year that it was named 'Duntroon' after the family castle in Scotland.

A two story extension was added in 1862 as well as the outbuildings and Blundell's Cottage was built further down the river. Further changes and additions were made to Duntroon House in 1876. The house stood empty until the development of the Royal Military College commenced in 1910. 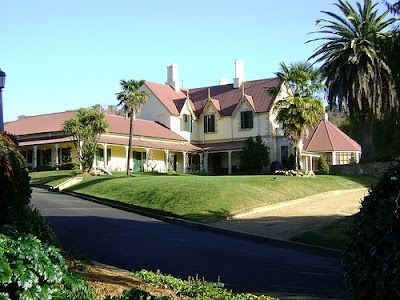 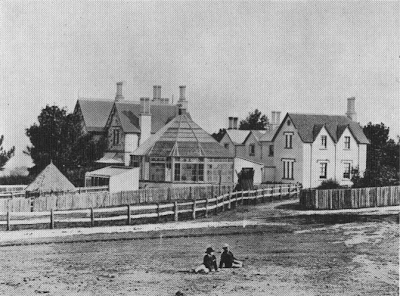