A sea captain, Capt. Cliffe (also ‘Cliff’) reportedly held (6,120 acres) in the area contained in a Block (3560acres). The block followed the southern bank of the Molonglo River to the Murrumbidgee River, he also held (2,560a), in Blocks that included both sides of the Coppins Crossing road, including Coppins Crossing itself.

There are reports of Aboriginal Camps on the Molonglo River from Yarralumla to Coppins Crossing.

"Terry Horan’s parents came to the Canberra District in 1910. They lived in the vicinity of Coppin’s Crossing and Yarralumla Homestead. His father showed him some Aboriginal sites and said he would show him more when he was older. Unfortunately Terry’s father died before he could show all of them to his son. However Terry was shown Aboriginal paintings in limestone caves under the Civic area and knew of an Aboriginal Camp near Coppins Crossing." 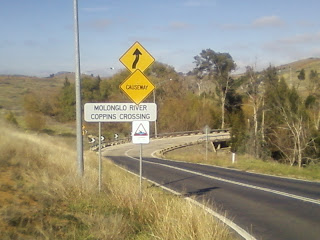 Entry from the Belconnen end. 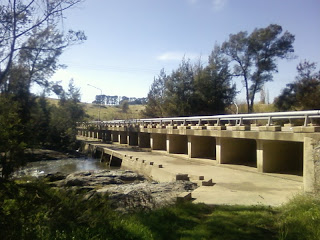 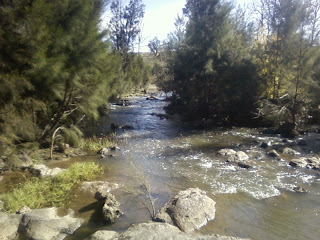 View down the Molonglo River.