ROAD TO THE MONARO

From Bungonia near Goulburn to the Limestone Plains of present day Canberra pioneers and settlers followed exploration and established "Runs" for sheep and cattle "beyond the limits of civilisation" The area on the southernmost boundary of the A.C.T. is the start of the Monaro plains. My great, great, great, great grandfather David Reid (1770-1840)(bio here) was the first through to establish Reid's Creek (Township of Bunya) near present day Cooma N.S.W.

David Reid's son also David Reid (1820 - 1906) (biography) left school at 16, he took charge of his father's run in the Maneroo (Monaro) District but after meeting the overlander John Gardiner he decided to look for land south of the Murray River. Equipped by his father with some 500 head of cattle, 2 bullock wagons and teams and 6 assigned servants, he reached the Ovens River on 8 September 1838 the same day as Rev. Joseph Docker.

David settled at Currargarmonge, near Wangaratta, held at first in his father's name and after 1840 as a family partnership; despite an attempted attack by Aboriginals he harvested the first wheat crop in December 1839. At the end of 1843 he took up land near Yackandandah. After his marriage to Mary Romaine Barber on 29 February 1844 at Marulan, New South Wales, he left the partnership and in 1847 took up a section of the family run of which Woorajay (Wooragee) formed a part.

He built the first water driven flour-mill in the district on his Yackandandah run in 1845; his woolclip of 1848 was one of the first to be handled by R. Goldsbrough and was claimed to come from sheep descended from stock imported in the 1820s from George III's flock. The Reid's owned land at Bungonia 1823 (Inverary Park) Reidsdale near Braidwood, Reid's Flat Monaro and Finally Yackandandah in Victoria 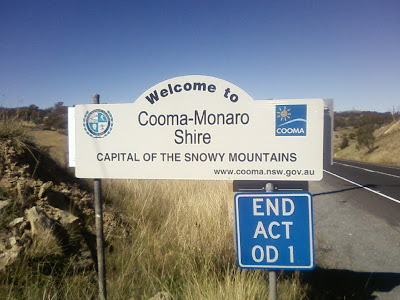 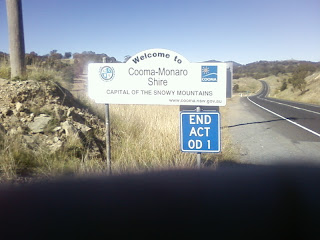 Email ThisBlogThis!Share to TwitterShare to FacebookShare to Pinterest
Labels: monaro