The aboriginal "grinding grooves" on Tuggeranong hill in Theodore. 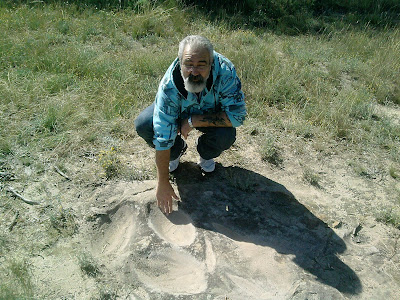 Aboriginal grinding grooves are the result of generations of grinding one stone against another many times to produce tools and weapons and to grind native seeds into flour.

The rocks are in several large flat sheets of "sandstone" like rock covered with many worn grooves in the surface. There is not a lot of information available about this site but from what I have found the grinding process for stone tools required water which was accessible from Tuggeranong creek which flows on the other side of the nearby Monaro Highway. 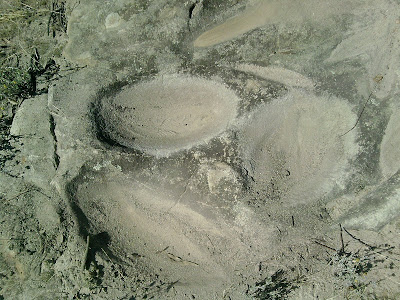 The local Aboriginal tribe, the Ngunawal peoples, consists of a number of different clans bounded by the broad language groups of Wiradjuri, Ngrio (Ngarigo), Gundungurra and Yuin. The Tuggeranong plain of Canberra is at the southern extremity of Ngunawal country. 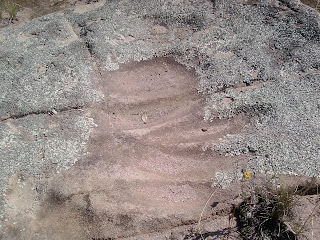 "Aboriginal culture has inextricable links between sacred and secular landscape values. Aboriginal people always did things with a witness, whether it is the spirits of a mountain, the water, the flowers. Therefore, open sites such as the stone artefact scatters found around the Tuggeranong homestead will be related to other landscape features by story and association. Similarly, grinding grooves, such as those located east of the Tuggeranong homestead, may be found in association with a significant rock outcrop yet equally suitable rock is not used in other places. Put into the local context, Ngunawal Dreaming refers to people emerging from their origins beneath the rocks." 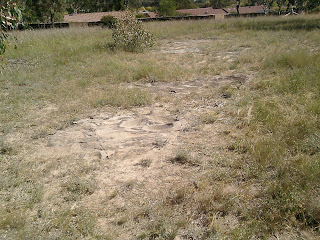 As you can see from the photo suburbia has crept up to the very edge of this meaningful piece of Aboriginal Heritage. The area is not marked nor has it any barricades to prevent damage apart from a rural fence containing the Nature park. 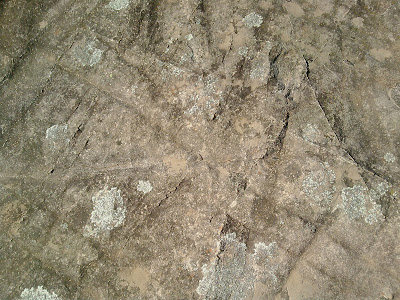 Access is off Christmas Street, Theodore. Look for the Tuggeranong Hill Nature Park sign and follow the fence until you find a break in the fence with two steel poles and walk towards the two older eucalypt trees that can be seen further up the slope. The grinding grooves are located on an area of exposed flat rock, up-slope from the two eucalypt trees.