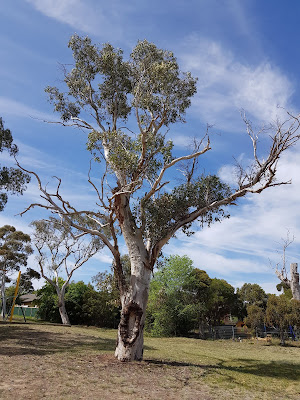 A trip today with Vlad to inspect the known Aboriginal Scar Trees in Wanniassa. Of particular interest to me was an old tree with a double scar near a small children's play area in Sainsbury Street opposite Spensley Place. The tree has two scars indicating two utensils were made. One, to me, appears to be the size of a large shield and the other a smaller coolomon.

The larger scar is impressive. In my opinion it is the most destinct scar I have seen in the Canberra region because of the way the bark regrowth on the scar's edge has grown symmetrically giving a good impression of the original size of the scar.

I took a few photographs.. 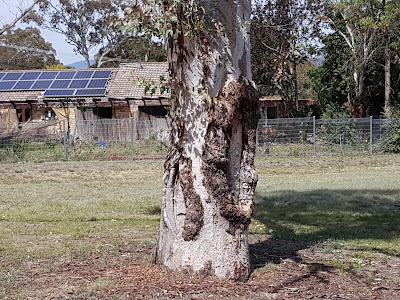 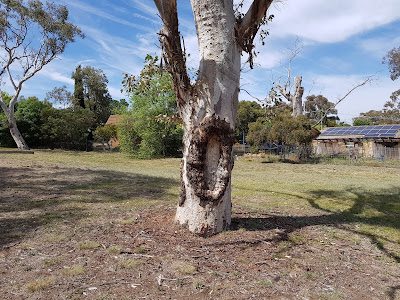 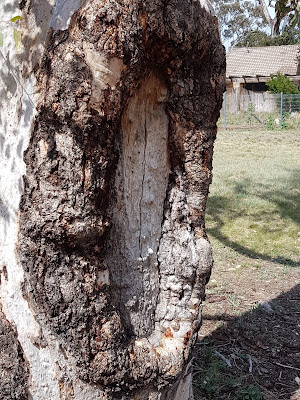