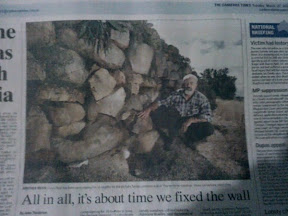 So that's about it. A $10 domain, free blogger blog and public soapbox. More than anything it has been the surge in traffic in recent months as it pushed towards this mark that has inspired this post... I'll mention it again at a million. < evil laugh >
DAVE'S ACT http://davesact.com
- June 22, 2014