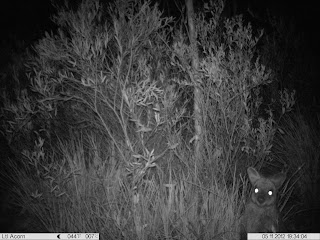 please note photo is not of a wild dog.

I’ve seen what I believe was a pure bred dingo just west of Piccadilly Circus Brindabella. It stood out from all the ‘wild dogs’ I have seen. I'm told they talk of dingos in percentages of pureness now but regardless they remain an important part of the ecosystem. The first time I heard about Canberra’s long association with dingos was a remark from Lanyon in the 1830s relating to large stones being placed on a buried body to deter the digging up by dingos of the recently departed.

The Trove notification system just announced the release of two Canberra related articles digitised from 1976. One a discussion of sorts around a wild dog/dingo kill in the Orroral Valley and the other the ACT declaration of their protection.

And some months later... 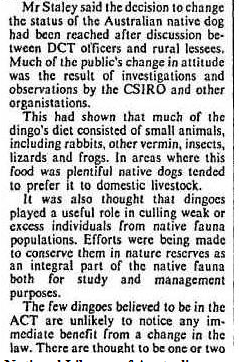 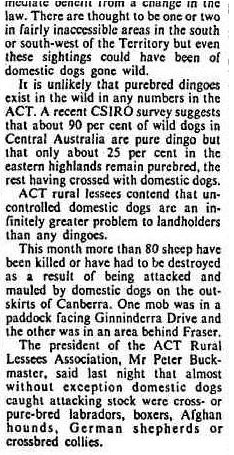 A man, his dingo and the dogs of war