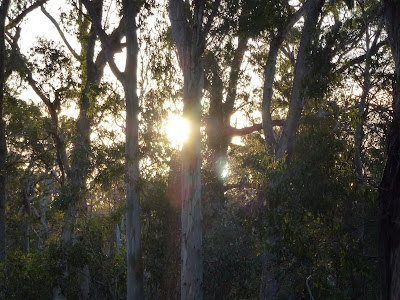 The camera is set on time lapse and will take 1 photo every 10 seconds for 24 hours. So 6 per minute. That should equate to  8640 photos - I have software that plays the photos like a movie to detect targets. Two sound recorders will capture any accompanying unusual animal sounds. Who know's maybe I'll get something... maybe I won't, but it was a beautiful day.
- February 17, 2013