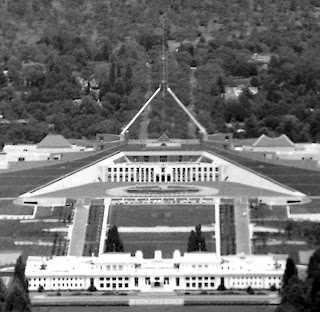 A lovely old article written 13 years after the founding of Canberra as the name of Australia's new national capital in 1913. Quite some debate raged however as to the meaning of the name Canberra. Today of course the generally accepted meaning is 'meeting place' which is highly significant in that federal parliament resides within Canberra's parliamentary triangle.

Anyway there was a lot of conjecture and varying opinion as to its meaning. The head, a woman's breasts, a corroberee ground, meeting place and even canned berries. This newspaper clipping from 1927 seems to summarize the arguments quite well. You can make your own mind up... 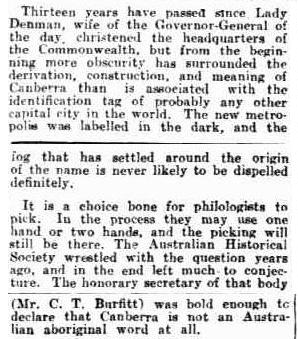 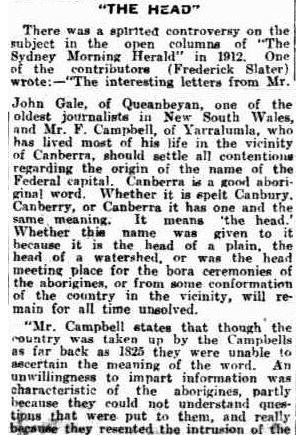 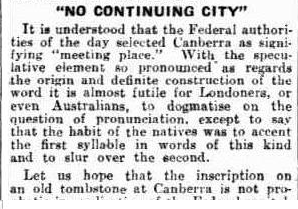 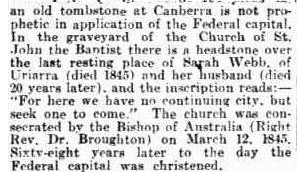