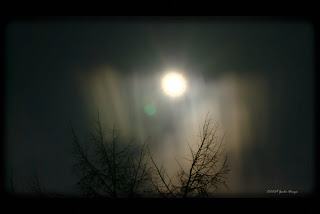 I love these old ghost stories from early Canberra. The two 'reputable citizens' in this clipping that witness the apparition must have been quite convincing because apparently  it caused quite a flap in Canberra...

I have found before a story about a Canberra ghost called the 'winged spectre of Red Hill' dating back to 1886 so was surprised to discover that this Adelaide newspaper was claiming Canberra's first ghost as being in 1930. Even if after reading the lengthy  Red Hill Spectre story and discovering that it really wasn't a ghost at all the claim still cannot be made of it being Canberra's first ghost as there is always Yarralumla's blackfellow ghost from the late 1800's to take the ribbon.

Something I have noticed with these old news clippings from around this time is a general fervour of the national papers to publish just about anything to do with the new fledgling 'city'. Things like possum hunts, brown snakes in Civic and even as it seems the reporting of Canberra's 'first' ghost...