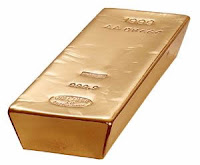 If your living in the northern suburbs of Canberra towards the Village of Hall in the ACT you could be literally sitting on a gold mine. This newspaper clipping is about a local gold rush in 1896. The exact location isn't mentioned but the Hall District covered a wide area. Interestingly the initial prospects were so good that "They talked of a second Coolgardie and Bendigo." 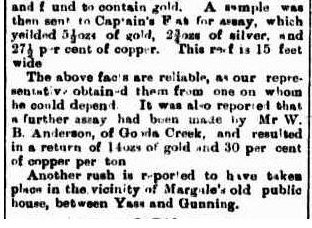 National Library of Australia
Nothing much must have occurred however by way of mining and they must have had incredibly short memories because 30 years later gold was 'discovered' again...

National Library of Australia
They certainly did keep it a good secret. There doesn't seem to be any other reported mentions of this great Gold Rush after 1927 but am thinking a visit to the local creeks with a gold pan might be in order.