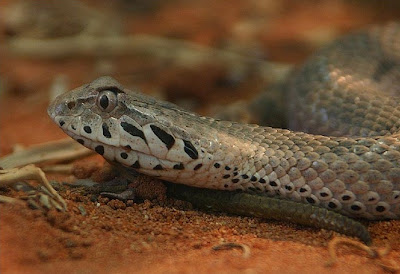 The first (reported at least) identification of a Death Adder in Canberra. I know they are 'out there' but I have never personally seen a Death Adder in the ACT. I do know someone who reportedly encountered one somewhere around Captains Flat years ago but suspect they are not very common.

I'm actually glad I haven't run into one because they apparently blend into the leaf litter and lie in wait for prey so I would imagine be fairly easy to stumble upon. They are also one of the most deadly snakes in the world. Sad to say in the 1950's a 'dead snake was a good snake. 'Live and let live' I say... 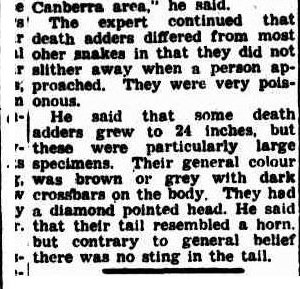