TRACING OF AN HISTORIC CANBERRA MAP 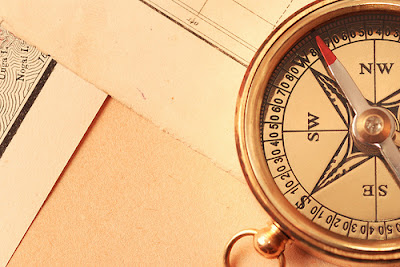 This is apparently a tracing of the first land survey of what was to become the Federal Territory conducted by Surveyor George Dixon (actually I believe Robert Dixon (bio). It is a map of the community in the mid 19th century settlement of the colony of New South Wales, what was later to become Canberra...
Federal Capital Pioneer - 22 April 1926 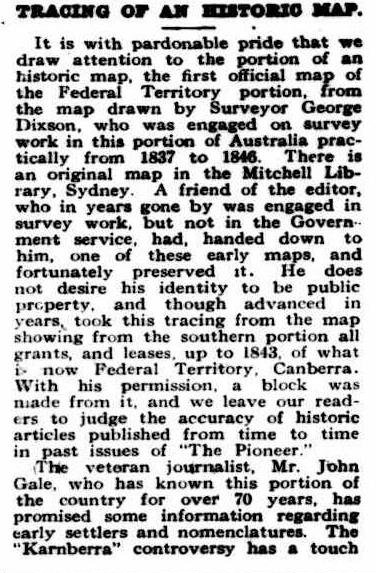 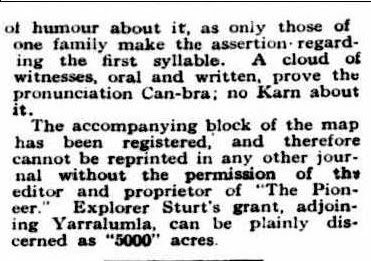 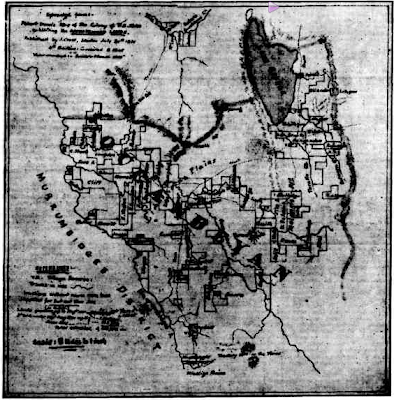 Go to the National Library of Australia to view larger image
Share -
- December 27, 2010