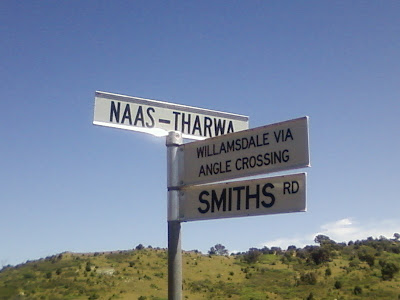 During our recent floods in the ACT the Smith's Road community (website) out past Tharwa suffered a blow when the Smith's Road bridge over the Gudgenby River washed away. This effectively cut the residents off and at one stage necessitated the delivery of supplies and medical needs by helicopter. 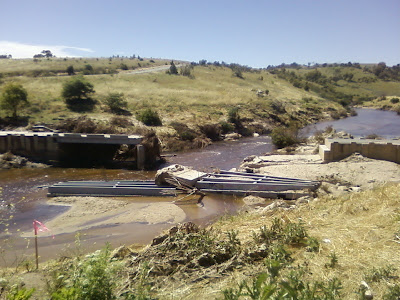 The 7 creeks and 2 rivers that feed the Gudgenby created a powerful rush of water flowing eventually to the Murrumbidgee. The Gudgenby River's only obstacle was the low level concrete causeway on Smith's Road linking the Eastern ACT with West. Low level bridges further down the Murrumbidgee survived as usual with the torrent flowing both over and under the bridge as per the bridge's design. 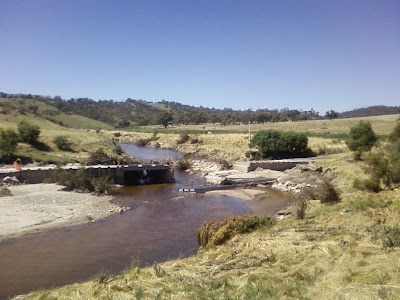 Why did this bridge wash away now? It has been suggested that the government Willow tree removal program in the ACT may have been a contributing factor. When the Willows were cut down on the river's bank's the cut down trunks and branches were stacked up into piles. These piles were picked up in the fast flowing floodwater and washed down to lodge against the bridge restricting the river's flow and eventually blocking it. 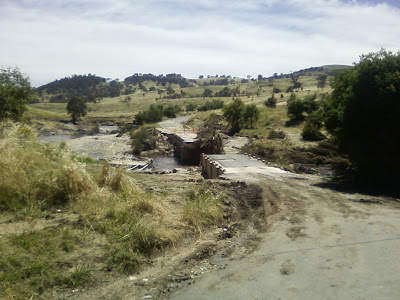 I imagine the forces must have then become intolerable for the integrity of the bridge as evidenced by a large section of concrete and steel top-deck flipping over and settling upside down several metres downstream. The picture of the far side of the bridge shows what the buildup of willow debris must have looked like along the length of the old bridge. The whole scenario seems to me quite plausible. 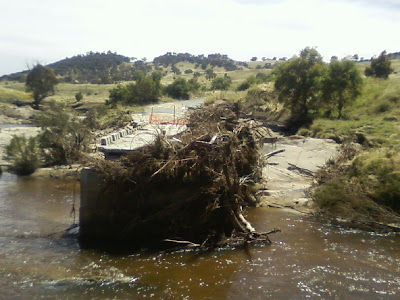 With the last decade having been drought I can excuse the ACT government for not foreseeing this possibility as being of any urgency however I might comment that in every other state in Australia the piles of willow would have been burnt when dry. An expensive lesson in noxious weed removal practices perhaps? 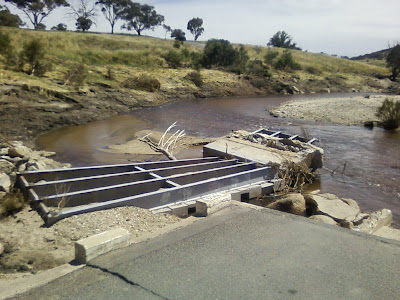 An indication of the river's forces against the bridge is this large concrete 'slab' of what must be an enormous weight upturned in the river itself... 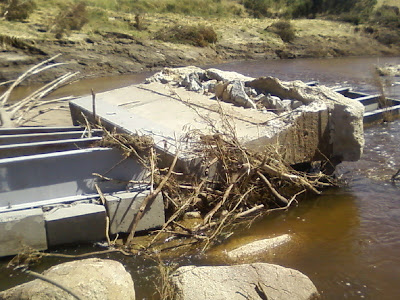 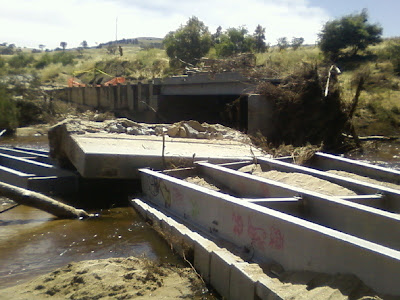 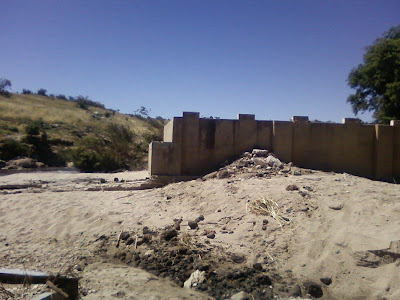 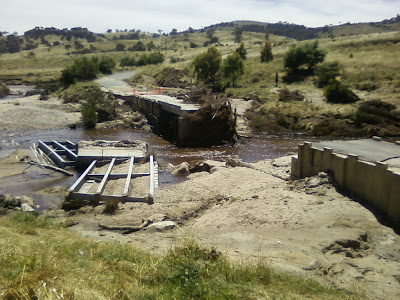