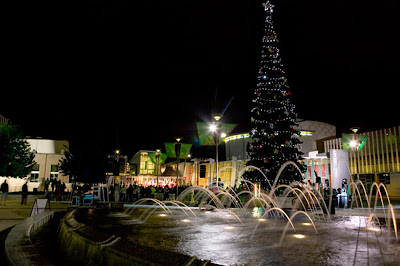 I liked this article from 1950 because of the innocence of Canberra's hospitality industry of the time, that Christmas, when it was forced into the situation where it needed to accommodate, feed and host 5,000 people. The influx of visitors into the territory were of the greatest numbers ever seen.

The roads were full, camps were established and Canberra's only open petrol station did the best trade in it's history. A punt operated at the Clyde River to transport cars to and from Bateman's Bay and the Department of Territories made a profit when they sold 400 hundred Christmas trees to the public...
The Canberra Times - 26 December 1950