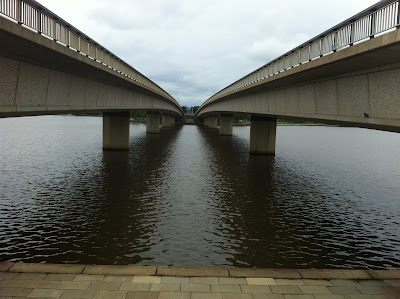 The Waterloo Bridge (info) in London was built in 1817 and was destroyed during World War Two. Two stones from this famous bridge were presented to the Commonwealth and now reside on the southern shore of Lake Burley Griffin between the parallel spans of the Commonwealth Avenue Bridge. Photos below. 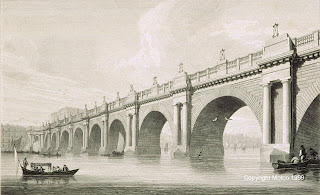 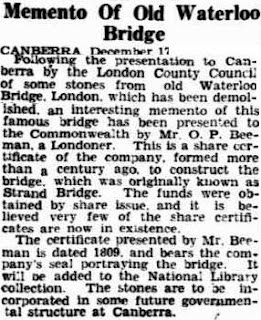 National Library of Australia
The Waterloo Bridge stones brass plaque says:
"The Waterloo Bridge across the Thames in London was constructed in 1817 to the design of Sir John Rennie [bio]. The granite bridge had nine arches each of 120' span and was 2,456' long including approaches. This bridge was replaced with a modern reinforced concrete bridge in 1942.
Stones such as these from the bridge were presented to Australia and other parts of the British world to become further historic relics in the British Commonwealth of Nations" 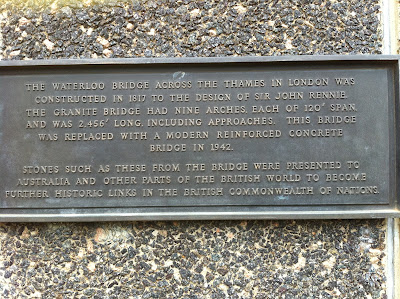 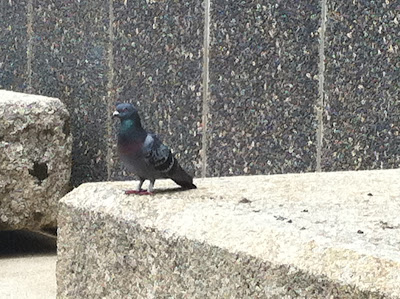 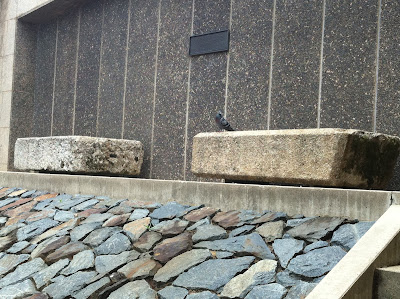 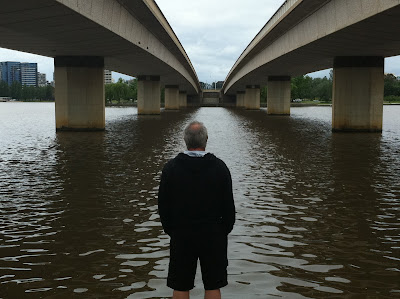