THE STAKEOUT OF CANBERRA VIDEO SERIES 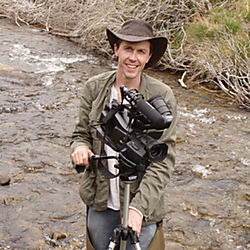 Canberra based specialist documentary producer Richard Snashall made the following video series with the aid of an ACT heritage grant. The 8 video YouTube series journey begins at a hundred year old border survey post in northern Canberra and follows on through an array of ACT heritage related topics. I have wanted to put Richard's video links in the series together in one place for a while now. The first video presented is a preview of the series by ABC Stateline.


Preview Video - ABC TV's Stateline program previews Richard's latest film, The Stakeout of Canberra. The film was made with a grant from ACT Heritage, and will be distributed free to all schools in the Canberra region. The reporter is Melissa Polemini. Segment courtesy of ABC Television.


THE STAKEOUT OF CANBERRA
Presented by Richard Snashall


Video 1 - The Stakeout of Canberra Begins...

The first part of a program that looks at the history of Canberra before it became Australia's capital. How many of us stop to think about what was here before the nation's capital. Here we visit Elm Grove, one of the ACT's only surviving sheep properties that has been owned by two families in 160 years.

Video 2 - The first people of Canberra...


In the 2nd excerpt from The Stakeout of Canberra, Richard meets descendants of the Ngunnawal Ngambri Aboriginal tribe.

In the 3rd excerpt from The Stakeout of Canberra, Richard meets Brett McNamara, a senior Parks manager with the ACT. Brett has an extraordinary love for the land and speaks about why Canberra was a great location for the national capital of Australia.

Video 4 - The Terror of Argyle Parish...

Irish convict labourer John Tennant had plenty of skills, and he added to that list bushranging. Tennant took off from Canberry Station and began a campaign to stir up the neighbourhood. Historian Allen Mawer has written about this colourful Belfast boy, and took me on a tour of Tennant's old haunts.

Crinigan's Hut is one of Canberra's historic treasures. Built in the early 1840's, it was the home to John and Maria Crinigan who were early agriculturalists. They lost of 9 of their 10 babies, and even had to deal with a murder at the hut! Crinigan's has been preserved thanks to Canberra Archaeological Society and members of the Crinigan's family.

For about 24 hours Tumut was elected capital of Australia, until the senate substituted Bombala. This occurred back in 1903, and despite the change of decision, the locals celebrated at the Oriental Hotel. I ventured to Tumut on the 105th anniversary of this vote to ask the locals what the town might have been like if it had become the capital.

National Museum of Australia historian Matthew Higgins has a tremendous knowledge of the ACT border, having researched and written extensively on the subject. He has also walked almost the entire length of the border.

Video 8 - The final chapter...
The final chapter in the program, where I return to the spot where I started on Elm Grove, one of the ACT's last surviving sheep properties. And this is where the stakeout of Canberra is revealed!