An article in which the Aboriginals of today's Canberra region are discussed. Hongyong (referred to as Hongkong) a leader of his people at the time of settlement is mentioned. At the beginning of the 19th century Dr. Lhotsky's observation that there were no Aboriginals at Limestone (present day Canberra) was still being debated as to the existence of an Aboriginal occupation in the 1830's.

The second article disputes the first and shows the level of debate on the issue in the 1920's. 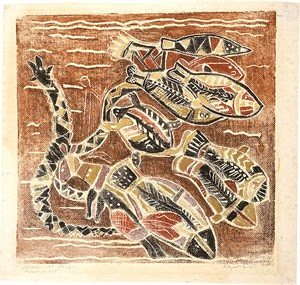 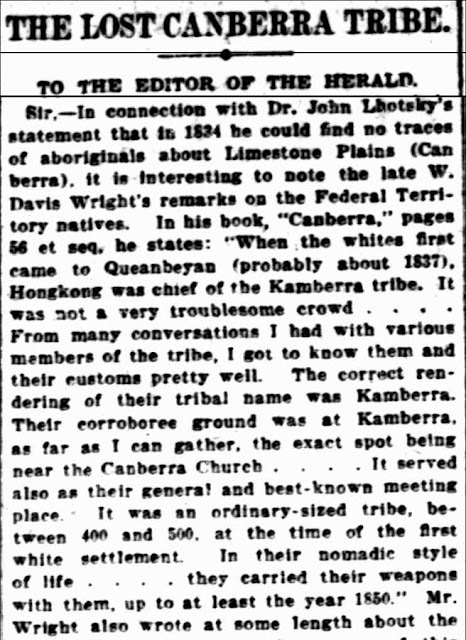 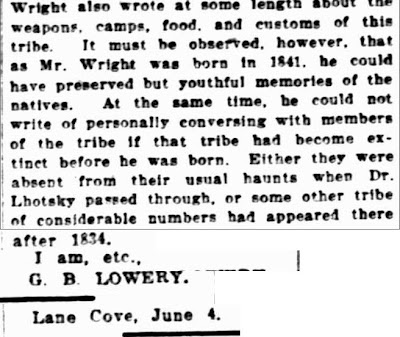 And an opposing view... 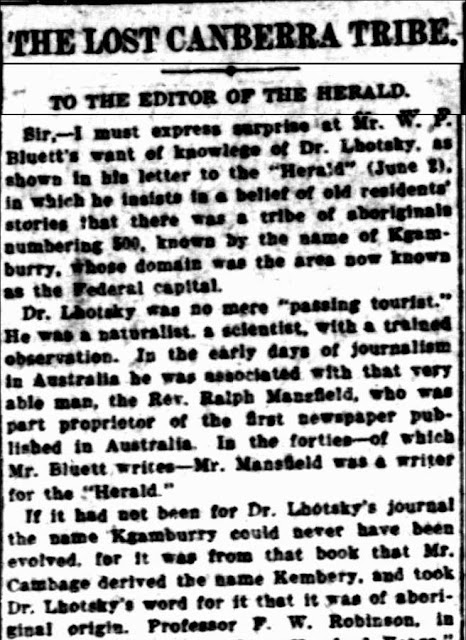 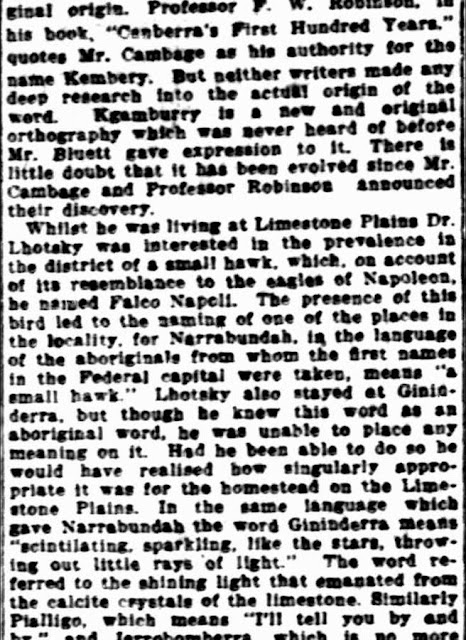 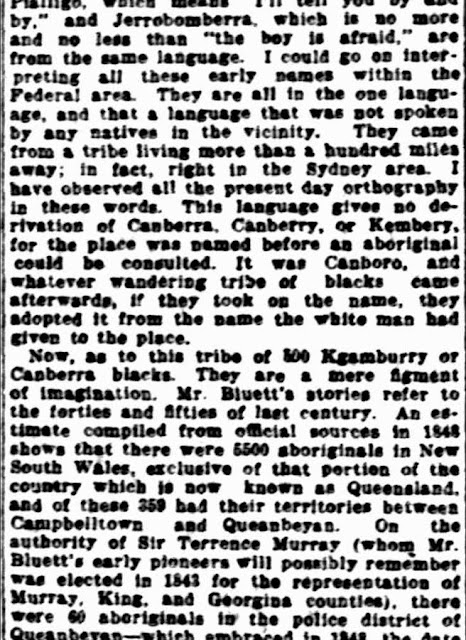 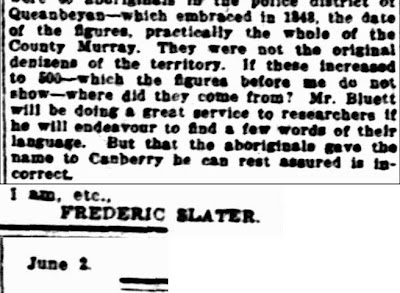