The provision of capital infrastructure, such as roads, in the late 19th century southern districts of New South Wales were established by State need more-so than to make the transport needs of regional people easier. These following newspaper clippings begin with the townspeople of nearby Hoskinstown, Bungendore and Captain's Flat calling for the re-opening of their road across the Molonglo Plains that was blocked by a squatter. They were at first denied... 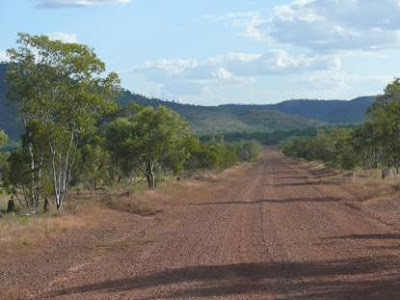 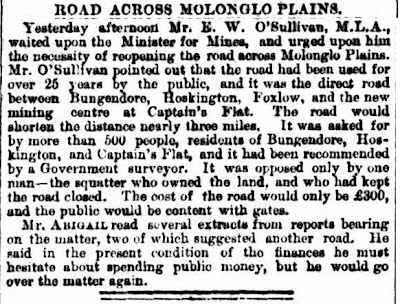 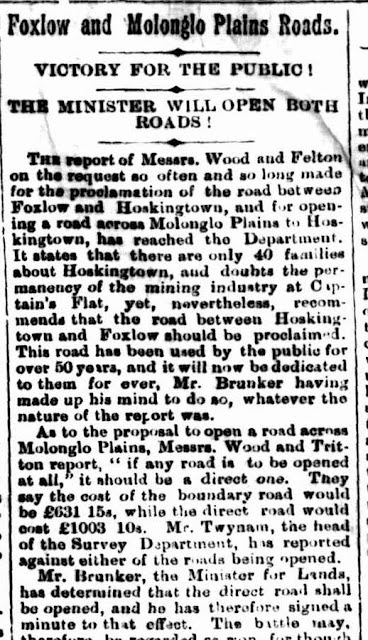 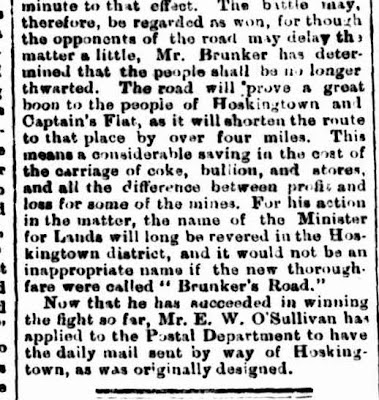