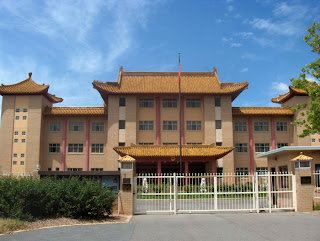 Australian commentary. VS. Large modern buildings in their own grounds, which are the embassies of America, France, Canada, etc. in Australia. GV. Flock of sheep on hillside, with Canberra in background.