Oaks Estate is a remnant of Canberra's early colonial history. This Canberra residential area sits squarely on the border of New South Wales and the Australian Capital Territory and is only separated from today's bustling City of Queanbeyan by the old Goulburn-Cooma railway line.

Sometime in the mid 1820's Timothy Beard, a pardoned convict drove a herd of cattle from Liverpool to "squat" (info) 1.2 miles (2 kms) downstream of the junction of the Molonglo and Queanbeyan Rivers in what today is called the old abattoir paddock near Oaks Estate.

Beard named his squatter's station "Queenbeeanne" and a Mr Hunt and a Mr. Kaye built a wayside hotel on the site called simply "The Oaks" (circa 1830), the property being on the road from Sydney Town south toward the Monaro. In 1835 the area's first practicing doctor, Dr. W. F. Haley resided at the Oak's (*cite) and by 1838 the nearby township of Queanbeyan had been established. 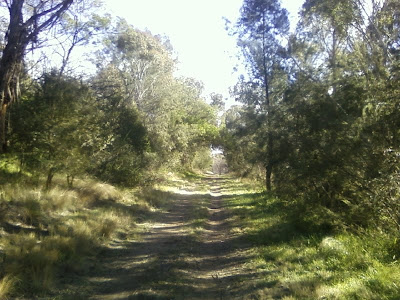 Oaks Estate riverside walk - end of River Road
An 1838 cemetery has been located on the estate predating the Queanbeyan Riverside cemetery (1846) by 8 years. The cemetery had been lost in time until 1991 when earthworks uncovered human remains. 40 early settlers are now known to be interred on the Oaks Estate. 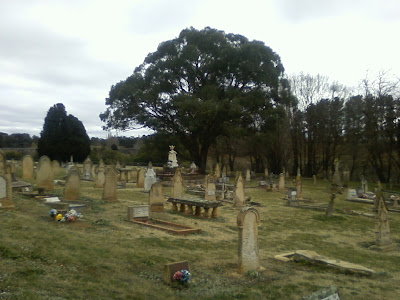 Nearby Queanbeyan River Cemetery (1846)
By the 1870's the estate was legally owned by the nearby Campbell's of "Duntroon" (post here). In 1877 a man named John Bull, a farmer/grazier from Tarago, bought 100 acres (40 hectares) of land with the building known as the "Oaks" from Charles Campbell and he operated the building (again) as an inn called the "Elmsall Inn".

Having Molonglo River frontage on the property also allowed Bull to established a successful wool washing and fellmonger (info) business on the estate that was known as the "Hazelbrook Works". 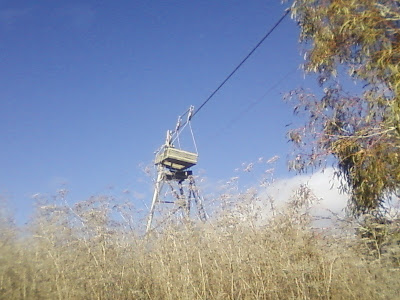 Flying-fox (info) on the river
The business was sold in 1885 to Mr. George Tompsitt who renamed it the "Hazelbrook Wool Scouring Works, Tannery and Wholesale Produce Warehouses". This expansion of the business saw the Oak's Estate become Queanbeyan's new industrial area. After the Queanbeyan Railway Station opened and land sales commenced in 1887, a local Queanbeyan businessman added additional industry to the estate when he built and operated the Queanbeyan Roller Flour Mill there. 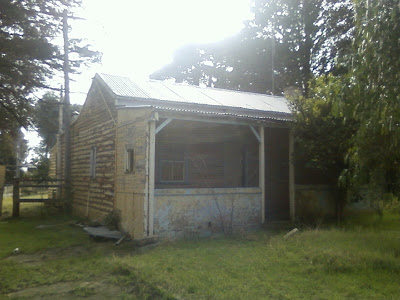 When the Federal Capital Territory was formed on 1 January 1911 the Goulburn-Cooma railway line was declared to be the eastern boundary of the new Federal Territory. This new border arrangement separated the Oaks Estate from the Queanbeyan township (Queanbeyan being located south of the tracks) by a Federal Act of Parliament.

This division was the cause for some upsets over the following 20 years with the Capital Territory in the 1930's wishing to relinquish control to Queanbeyan. Queanbeyan Council rejected the proposal as the Oaks Estate's roads and streets were in very poor condition and that it would have to establish all services (water, sewerage, electricity etc.) if Queanbeyan accepted control. They did however state that if the Oaks were brought up to the standard of the Municipality, that Council "might consider the matter". (cite) 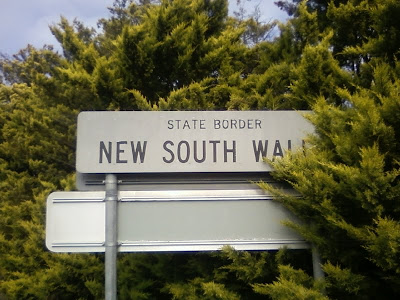 Council did not need to reconsider the matter and in 1938 the federal Capital Commission installed a reticulated water supply of nearly 100,000 litres established with a raised central tank connected to all business and residential blocks on the estate. Power and sewerage were to follow some years later.
The Canberra Times - 25 June 1938 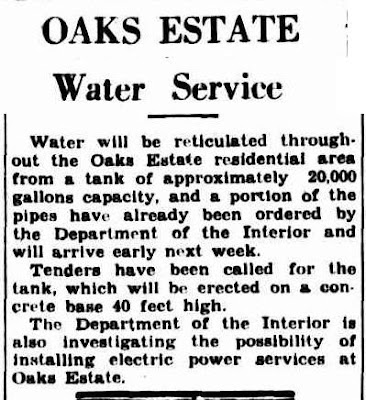 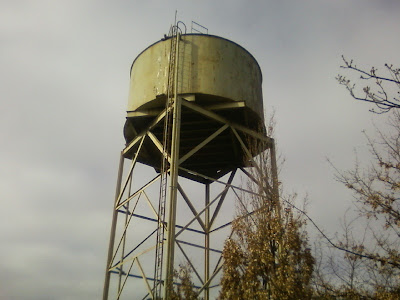 Oaks Estate remains the ACT's border "outpost" and links directly to modern day Queanbeyan via a 20 metre concrete bridge that crosses the railway line. The area is primarily residential today although it still has a degree of horticulture, storage and light industrial use. 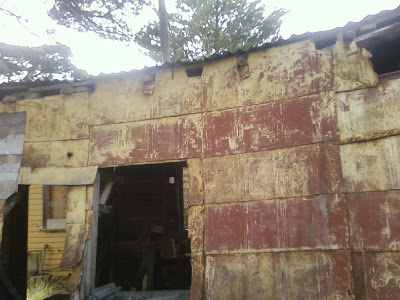