The best living evidence of Aboriginal occupation of today's Australian Capital Territory exists in the form of an abundance of scarred trees left dotting the Canberra landscape. These scars were made by the purposeful removal of bark to be used in the manufacture of canoes, coolamons (vessles), and warriors shields. 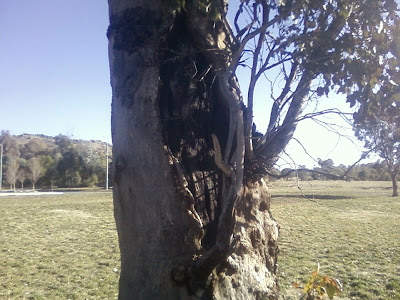 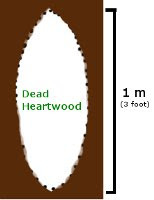 The Aboriginal process of removing bark does not harm the tree but does leave the inner "heartwood face" exposed leaving a distinctive "scar" as the outer bark of the tree over the following centuries tries to "cover" the dead heartwood wound. The wound on this tree in Kambah is the "typical" one metre ecliptic scar found locally on trees in the ACT.

I have driven by this particular tree 'thousands' of times in my life and have never noticed it before today because of the growth of branches from below and beside the face of the wound. 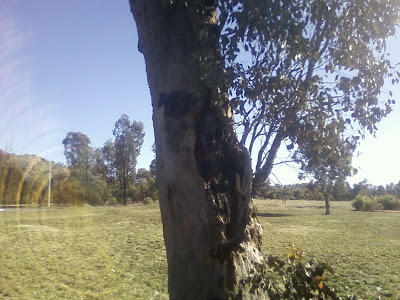 The dried, dead "heartwood face" on this tree readily burns and has been blackened by the 2003 Canberra bushfires. The same sunlight that revealed the scar's presence to me also made photographing it difficult. 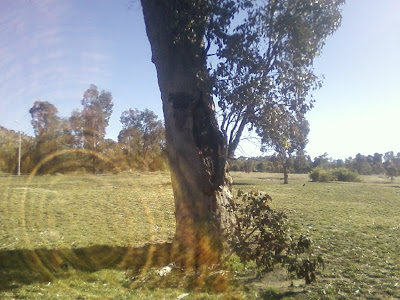