The term for an armed robber in colonial Australia was "bushranger" and the Australian Capital Territory region had more than it's fair share of them. The word bushranger first originated from an article published in the Sydney Gazette in February 1805 mentioning that a cart had been stopped by three unknown men "whose appearance sanctioned the suspicion of their being bushrangers".

After this time the term bushranger was used to describe any criminals who attacked travellers in the Australian bush. John Thomas Bigge (1780-1843)(bio) described bushranging in 1821 as "absconding in the woods and living upon plunder and the robbery of orchards." Charles Darwin (1809-1882)(bio) also recorded in 1835 that a bushranger was "an open villain who subsists by highway robbery, and will sooner be killed than taken alive". 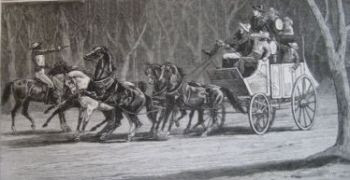 On 1 June 1866 the entire town of Michealago on the outskirts of the Australian Capital Territory was taken hostage by a bushranging gang comprising of the Clarke brothers, Thomas (1840?-1867)(bio) and John (1846?-1867), Patsy Connell and two un-named accomplices. They kept the entire town captive as they waited for gold being escorted from Kiandra and stayed to drink the town's liquor supply before returning to 'Beefcask' their Tinderry mountain hide-out.

The Clarke brothers had been actively bushranging in the ACT area since 1865 raiding stations, stores and performing an armed holdup on the Queanbeyan Mail. A third brother James Clarke had been involved with the Ben Hall (1837-1865)(bio) gang's robbery of the Cowra Mail station. He was later convicted and sentenced to 7 years imprisonment for receiving stolen goods. 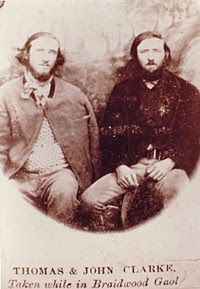 Thomas Clarke was arrested in October 1864 for highway robbery but later escaped from the Braidwood Goal. He then began terrorising the area around Braidwood and through to Moruya on the New South Wales coast. During a holdup at the Gulf Diggings near Moruya where a man was killed, one of the gang, William Fletcher, was shot by Constable Miles O'Grady who was then himself shot dying a few days later.

Four men who were sent by the authorities to help capture the Clarkes were found dead in their camp on Jinden station and a reward of £ 5,000 was posted in January 1867 for the capture of those responsible. The reward later rose to £ 10,000 for the capture of Thomas Clarke.

The following newspaper clippings begin with the brothers, being only in their early 20's, are thought to have killed five policemen and committed 36 holdups.
The "Brothers Clarke" were ambushed on 26th April 1867... 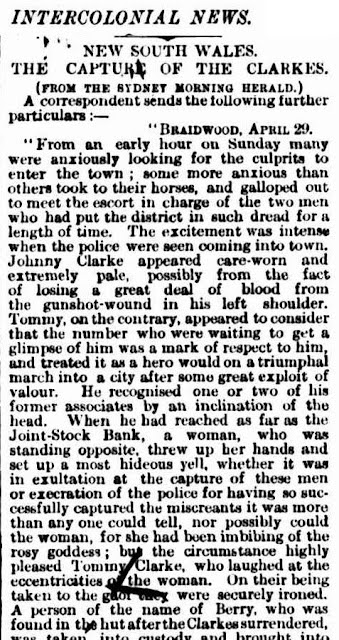 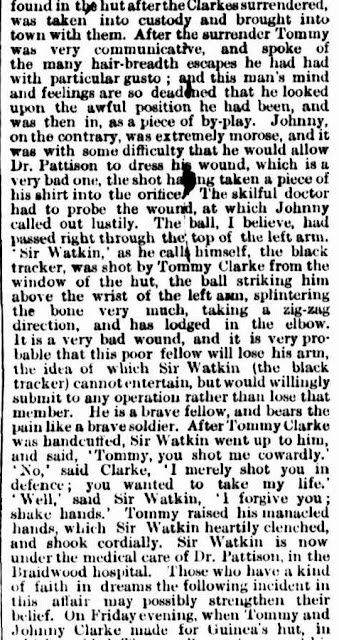 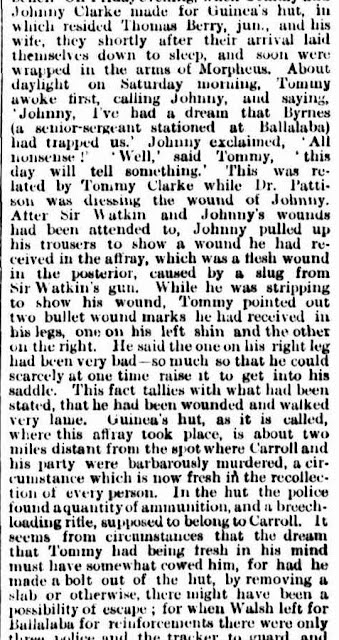 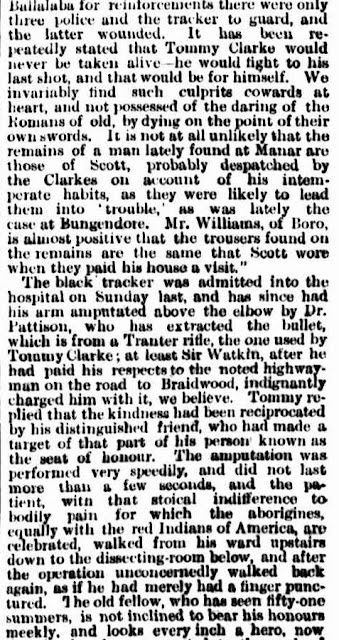 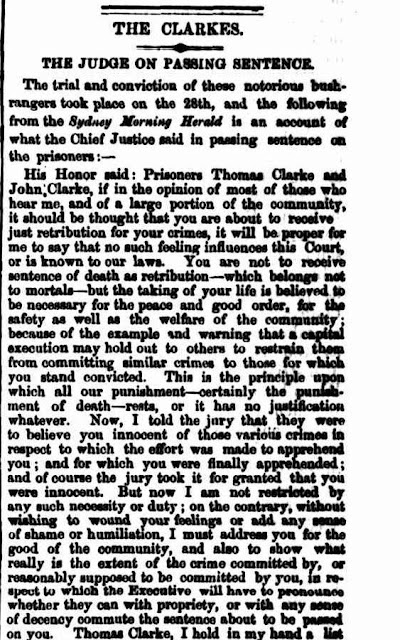 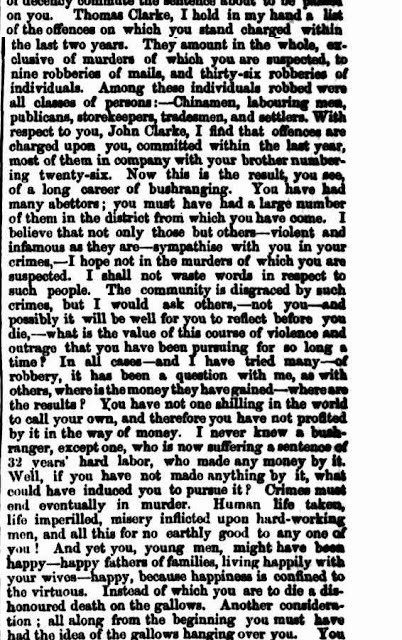 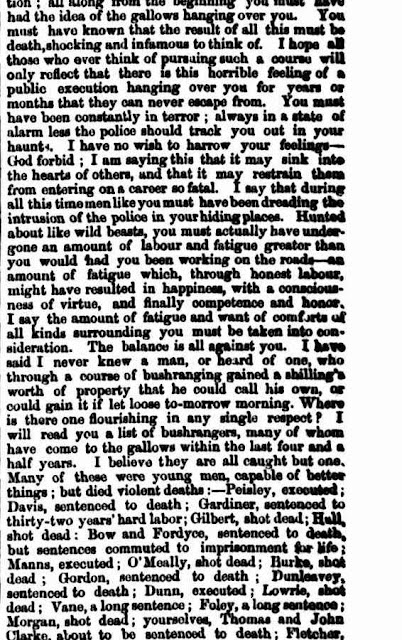 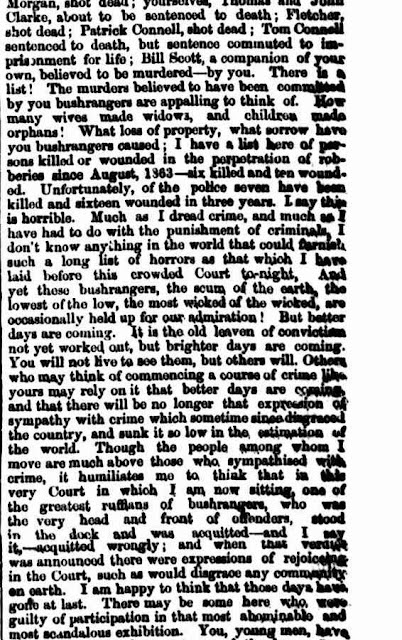 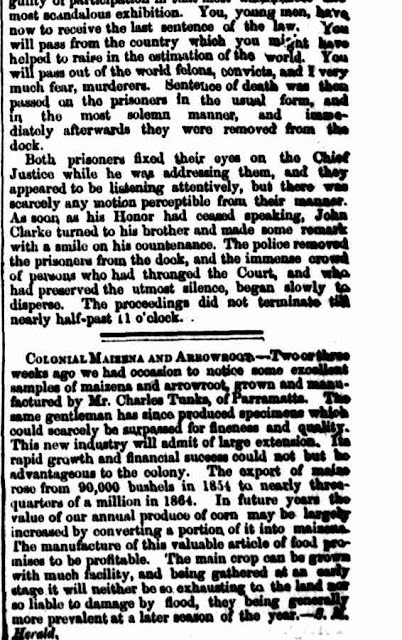 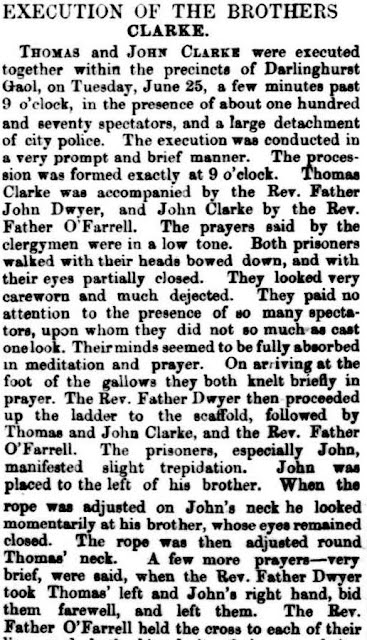 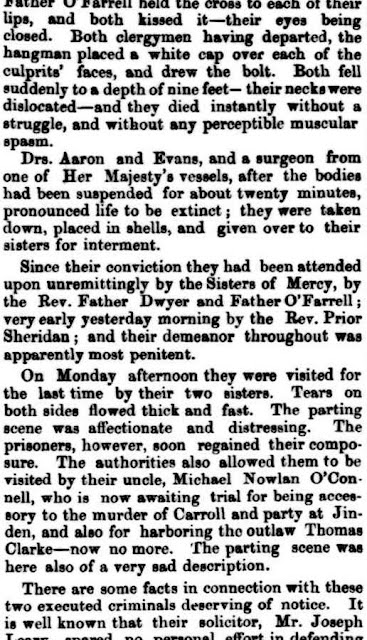 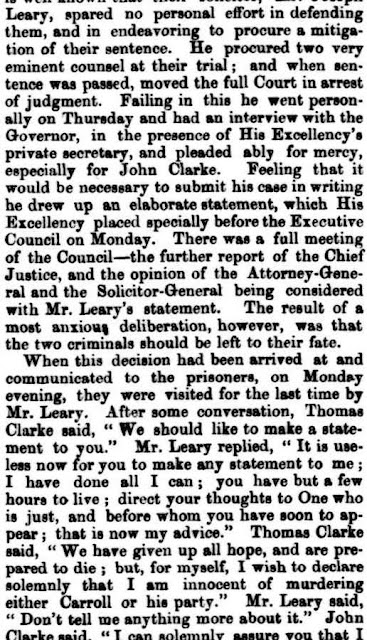 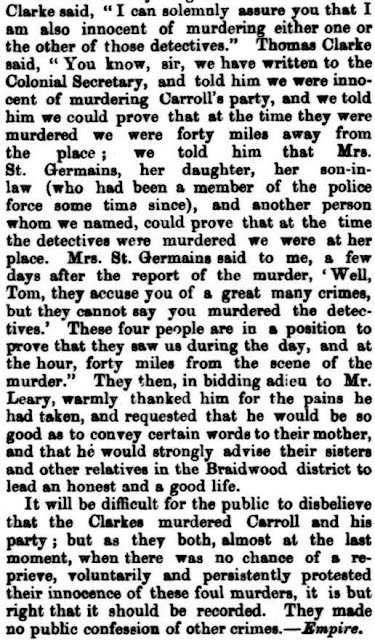