The village of Ginninderra in today's Australian Capital Territory was established in 1826 privately to support the people who worked on 'Ginninderra Station' initially, and later for the surrounding stations and workers. By 1850 it had developed into a thriving, prosperous settlement. The village developed into a community of timber slab residences, outbuildings, post office, public school, Catholic Church, a blacksmith's workshop (post here) and a police station. As the remote community developed it became the centre for the district’s social and sporting activity.

In 1882 the police station was opened and manned by the New South Wales police. The police station had a station residence built in 1905 which provided accommodation for the constabulary up until the 1940's? when policing was administered primarily from the Hall village and later from Canberra.

On the 23rd July 1902 after reports of suspicious characters who may have been involved in the murder of Constable Guilfoyle, a policeman in Redfern Sydney, Constable Maddern of the Ginninderra police station rounded up a posse' of five men and went to investigate these men who were now camped nearby. Unfortunately for an innocent Mr. Thomas Heaps, death was delivered from a shotgun.

The inquest into the death was reported as follows: 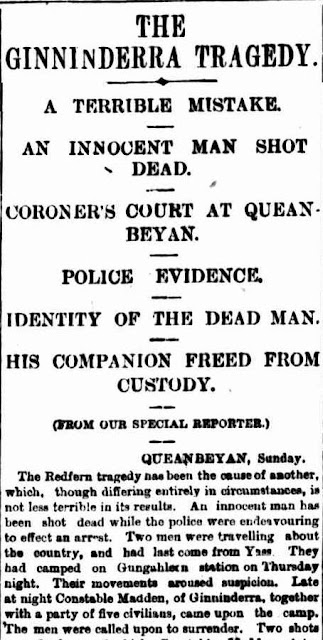 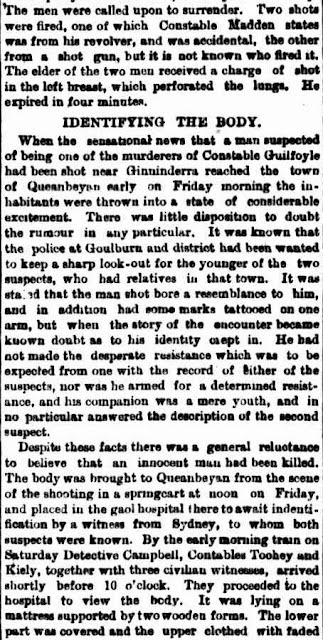 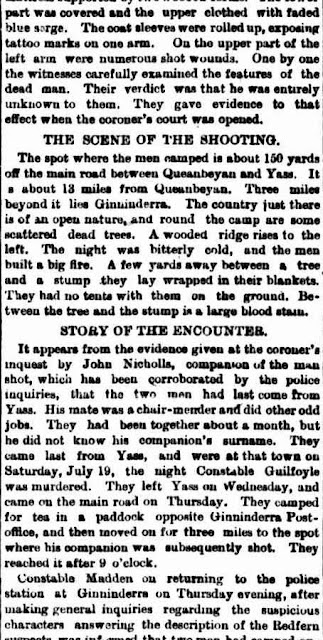 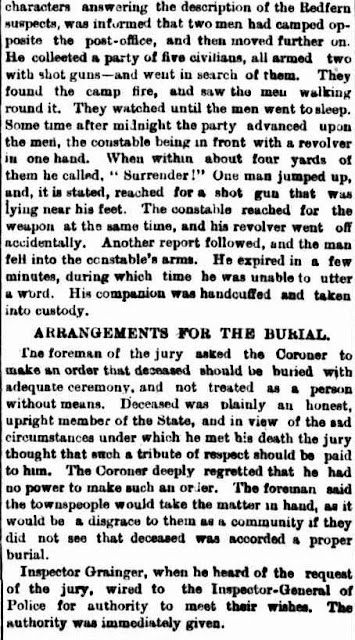 Ginninderra's situation changed dramatically when the government established the formally designed village of Hall 2 miles (3 km) away. As the new village developed most of the functions of Ginninderra were replaced by the village of Hall and the Ginninderra village fell into disrepair and was virtually abandoned. Today the village has been revived as an arts and crafts centre complete with cake and coffee shops and a weekend marketplace.

Ginninderra police station entry to the ACT heritage register is (here).
Some photos (from a distance) of the 1905 police residence. 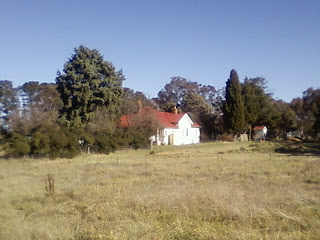 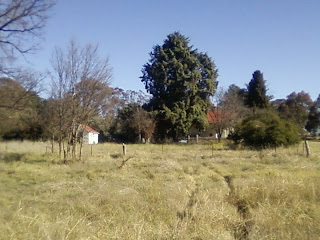