The name of Australia's capital city 'Canberra' was decided upon after the federation of the Australian colonies in 1901. Following the decision to establish a Federal Capital a name had to be decided upon. The name 'Canberry' was recorded as early as 1825 on Joshua John Moore's (1790-1864)(bio here) correspondences with the government regarding his property "Canberry Station" on the Limestone Plains, Murray Shire, Argyle County, New South Wales.

Moore definitely named the station, however he was a vacant landowner who never lived on what was then only an outstation formed by an overseer and a few convict stockmen living in bark huts. If Moore's name was of Aboriginal origin, it would have been his overseer and assigned convicts who had the initial contact with the natives and later passed on the Aboriginal name for the area to Moore.

Public acceptance of the official explanation was varied however: 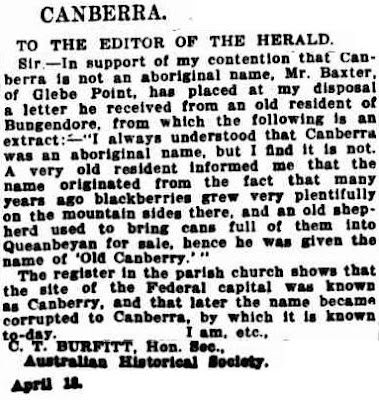 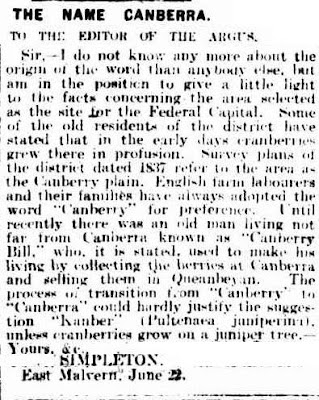 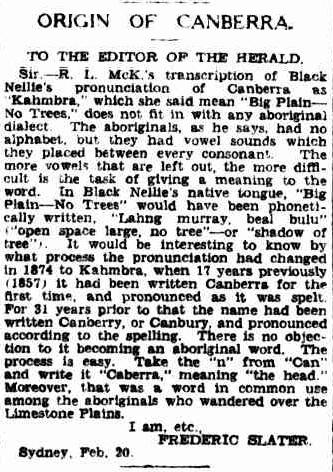 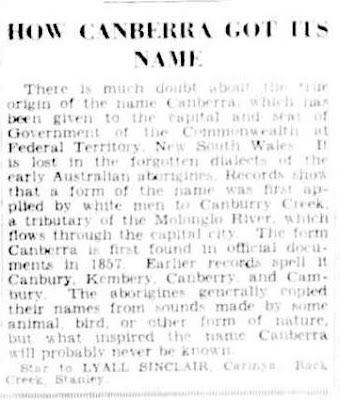 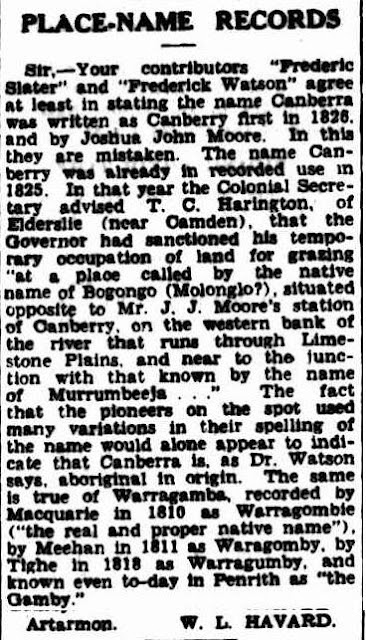