The Tharwa Bridge was a big deal in March 1895. 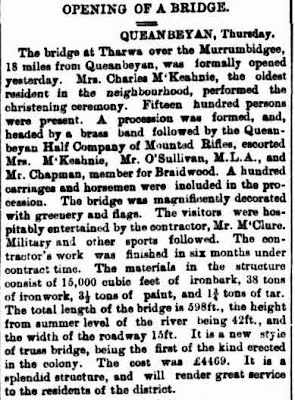 The Sydney Morning Herald - Friday 29 March 1895
The National Trust has a good read: The Grand Day the Bridge was opened - Peter Dowling (pdf). The Tharwa Bridge is a single lane bridge extending over the Murrumbidgee River at Tharwa ACT and it is the oldest bridge in the Canberra region. 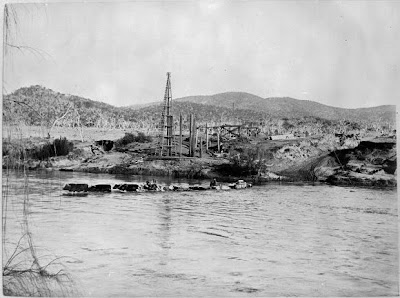 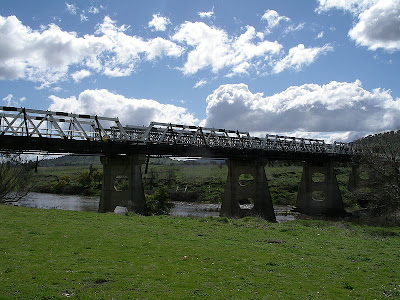 The bridge before the start of refurbishment.
Wikipedia image (here)
The bridge is undergoing a series of refurbishments and should be back eventually to its former glory as a historically and technically significant Allan truss structure. It can be found at the intersection of the Murrumbidgee River and Tharwa Drive.


The bridge is daunting to drive over... 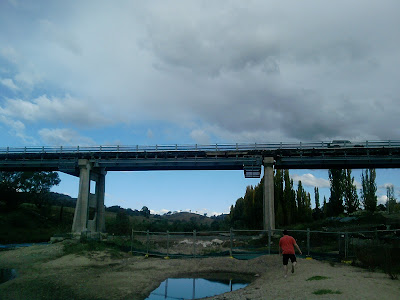 With the trusses removed (temporarily). 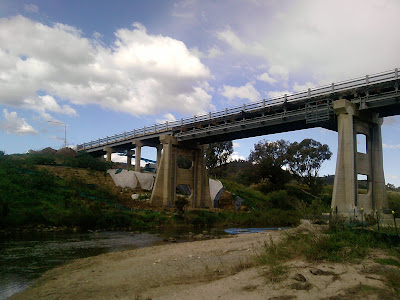 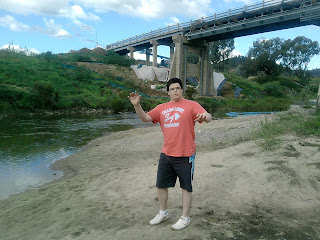